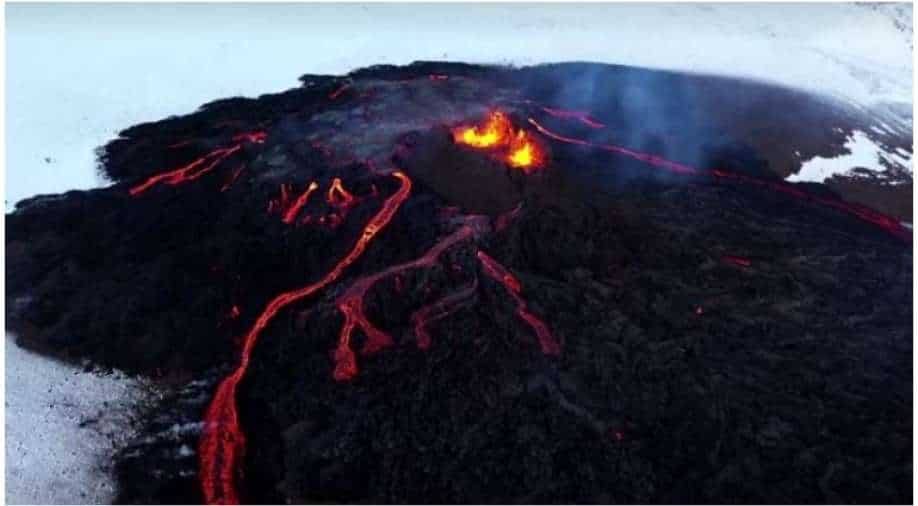 On Iceland's Reykjanes Peninsula, a strong earthquake swarm has started. The first 24 hours saw the detection of around 4,000 earthquakes, and activity is still picking up steam. The preliminary data also reveals seismic signals, suggesting that the activity is probably caused by magma movement underground.

As the month of August gets underway, the startling explosion of roughly 4,000 earthquakes has triggered worries of a new volcanic eruption on Iceland's Reykjanes Peninsula. According to Severe Weather, strong swarms of up to 4,000 earthquakes have been found in Iceland's Reykjanes Peninsula, possibly caused by magma movement beneath the earth. This has experts concerned about a probable volcanic eruption.

The officials have increased the warning level in the area as a result of this. The likelihood of an eruption is rising progressively as the earthquake activity does.

One of the world's most active volcanic areas is Iceland, a volcanic island in the North Atlantic. It has produced notable eruptions throughout its history, which had a tremendous impact on Europe, North America, and the entire Northern Hemisphere.

Due to its location along the tectonic plate border between the Eurasian and North American tectonic plates, the island is constantly shaken by earthquakes. The Mid-Atlantic Ridge is another name for this line of separation (MAR).

The Mid-Atlantic Ridge goes across Iceland in the graphic below, which also shows how the tectonic plates are spreading. On the Reykjanes Peninsula, it enters the southwest and turns north after travelling east. The main core volcanoes are depicted as red triangles.

But across the whole Atlantic Ocean, the tectonic plates have separated. What makes this place so special and why did it take millions of years for a big volcanic island to form there?

The answer is a hotspot or mantle plume, which is a vertical column of hot, molten rock rising from the mantle. It is beneath Iceland, as has been demonstrated by extensive research. As a result, it is more frequently referred to as the Icelandic plume.

The graphic below depicts the general location of the point when the plume joins Iceland under the Vatnajokull glacier (black circle). The mid-Atlantic ridge and volcanic locations are also visible.