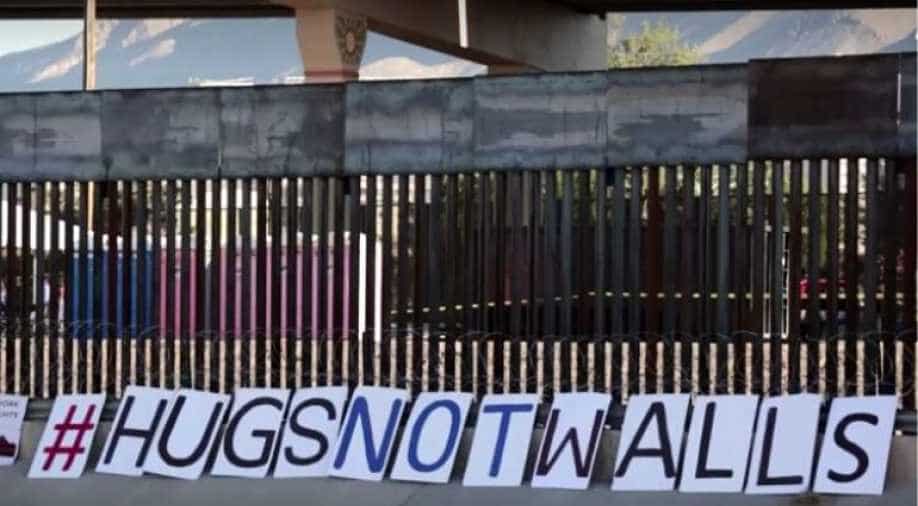 Undocumented migrants were at an event with hundreds of other families with mixed immigration status who were reunited with relatives.

For three minutes on Saturday, Mayra Miranda emotionally hugged her daughters whom she had not seen for three years since she was deported from the United States back to Mexico.

Her daughters stayed with their grandparents in the United States, while she lives in Ciudad Juarez.

"They (US authorities) don't know the pain they cause people with deportation. It marks your life. It damages not only children but parents and siblings," Miranda said.

Daniela Torres asked for days off work to travel from the Mexican city of Torreon, located more than 800 kilometres away to see her relatives. Her brother and a cousin live in the United States but they cannot see each other.

Undocumented migrants were at an event with hundreds of other families with mixed immigration status who were reunited with relatives in a "hugs not wall" meeting arranged by an El Paso, Texas-based advocacy group, Border Network for Human Rights.

At the event on the border, more than 300 other families all donned blue shirts, while their counterparts from the Juarez, Mexico side wore white shirts to ensure no one tried to slip across. The brief reunions are approved by US government agencies since participants stay on the riverbed that marks the frontier.

"In the midst of walls, children in jails, rejecting refugees, to have refugee camps in Juarez, in the midst of that attack, we have an event today where families are meeting mid-river, defying walls, defying unfair migration policies. That's the meaning of today's event", said Fernando Garcia, the Director of the Border Network for Human Rights.

After speeches from the organisers, both sides rushed together for three minutes of tearful hugs, embraces and excited face-to-face conversations.

Those moments were fleeting however and they separated again amid tears and sadness hoping their paths will someday cross again.