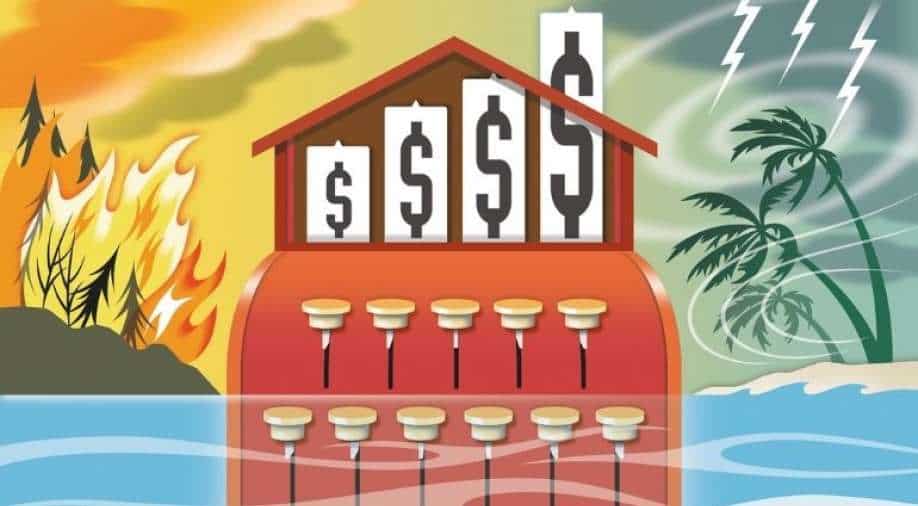 Insurance and real estate professionals say this is especially problematic for people who put roots down decades ago with the expectation of growing old in those homes and neighborhoods, only to find that the ground beneath their feet has shifted

As a money management professional, Eric Diton helps his clients manage complex personal finance issues. But he’s finding that more of them are frustrated by a surprisingly mundane budget item: homeowners’ insurance.

“I can definitely say that for my Florida clients, it’s a topic of conversation and it’s on their radar,” said Diton, president of the Wealth Alliance, an investment advisory firm. “They’re seeing that their cost of insurance is rising.”

Diton, who splits his time between Boca Raton, Florida, and Long Island, said he found himself in the same boat. “Personally, my insurance company increased my premiums quite a bit,” he said of his home in Florida. “It was pretty challenging to find a lot of choice, and that has resonated with a lot of people in this state.”

While Florida residents are not the only ones wrestling with this issue, the state’s popularity with retirees means that it is a problem a growing number will confront, experts say. When drawing up a budget for living on a fixed income, most would-be retirees think about services and goods, such as doctor visits or prescription drugs, that are likely to cost more in the future. Almost no one thinks of home insurance — an omission insurance professionals warn will be an increasingly costly mistake.

Many Americans’ plans to retire in a coastal Sun Belt state or a scenic mountain hamlet are on a collision course with extreme weather — and the property damage that follows.

“In some regions, we already see changing weather patterns, most likely driven by climate change, already having an impact,” said Ernst Rauch, chief climate and geoscientist at the reinsurance company Munich Re.

After absorbing punishing losses from floods, hurricanes and wildfires in recent years, many insurers are reevaluating their risk modeling practices. The upshot for many homeowners is higher property insurance bills. Others can find themselves struggling to get a policy at any price.

“In certain parts of the country, the insurance situation has really been difficult — in particular, Florida and that area, including Louisiana and the Gulf states,” said Nancy Albanese, vice president of personal insurance at BMT Insurance Advisors. “The other market which is very difficult is California, and some of the Western states that are exposed to wildfire.”

She added: “When we encounter a client who needs coverage in Florida, we know that’s going to be a huge challenge.”

“Natural disasters in particular have been very, very elevated the past couple of years,” she said.

This trend is driving up premiums. According to AM Best, an insurance industry ratings and analytics firm, the total amount of homeowners’ insurance premiums Americans paid rose by 8.4% between the third quarter of 2020 and the third quarter of last year. (An AM Best spokesperson noted that this aggregate snapshot did not reflect what any individual policyholder paid.)

Albanese said that recently an insurer dropped one of her clients, who was already paying $22,000 a year to insure a coastal Florida property. After some scrambling, Albanese was able to find the client coverage through a “surplus lines” provider — an insurer of last resort for the highest-risk policies — but at double the cost.

“It’s been back-to-back years of these rate increases, and I can think of at least one client who says they’re planning to sell their Florida property just because it’s just getting to be outrageous to insure,” Albanese said. “I’ve also had clients purchase properties in Florida recently, unaware of what the insurance market was like down there and really having them be just shocked — they just did not realize how high their premiums would be.”

Diton said that rising property insurance costs — particularly when combined with higher property taxes in areas where home values have risen significantly — were especially relevant for clients considering buying investment real estate for passive income generation. This strategy is popular among retirees and even some younger investors.

When a client is interested in a property, Diton said that he will lay out a spreadsheet and analyze the expenses. In some cases, prospective buyers decide against the purchase. “The homeowners’ insurance increase is definitely contributing to the issue for those people,” he said.

Insurance experts who work farther up the East Coast report similar market conditions. “What we are seeing is the companies that specialized in writing homeowners’ insurance along the coasts are shutting down, so we don’t have as many options,” said Robin Jaekel, vice president of personal lines at Glenn Insurance, a New Jersey insurance agency that does significant business along the Jersey Shore. “The homeowner costs along the coasts are definitely impacted.”

Hurricanes and nor’easters are the primary reasons insurers are fleeing the market, Jaekel said. The recent overhaul of the federally subsidized National Flood Insurance Program compounds the headache — and expenses — for property owners who are required by their mortgage holder to carry flood as well as homeowners’ insurance.

In many cases, the only policy a homeowner can get is one that limits the amount of compensation someone can expect after the most severe storms. “We now have the ‘named hurricane deductible’ on all policies around here,” Jaekel said. “If it’s a named hurricane, they have a separate deductible just for that.”

Experts in extreme weather say that stories like these are likely to become much more common in a rapidly warming future. “Hurricanes along the East Coast of the U.S. are also moving north,” Rauch said. “The probability has increased in northern U.S. regions as the water has warmed up.”

“This is a huge, long-term issue for every developed area of the United States,” said Jim Blackburn, professor of environmental law and co-director of the Severe Storm Prediction, Education and Evacuation From Disasters Center at Rice University, via email.

He added that while coastal regions would probably face some of the greatest challenges because of more intense storms, increasing rainfall means that even homes situated near — rather than within — floodplains could become more vulnerable, too. “We have not begun to understand the impacts of climate change on settlement patterns,” he said.

The rising cost of damage from extreme weather comes on top of a confluence of other factors that are driving the cost of homeowners’ insurance higher. Supply-chain bottlenecks and a labor shortage make it more expensive to repair or rebuild homes after a disaster, while home construction and design trends are to blame as well, insurance professionals say. In neighborhoods with older housing stock, rebuilding after a natural disaster might be more expensive because of measures to bring the property up to current building code standards.

“Building materials themselves are lending them to more catastrophic losses,” said Jared Carillo, director of foundation accounts at SmithBrothers, an insurance brokerage in Connecticut. Materials used in construction today include more synthetics that burn faster and hotter, such as particleboard, spray foam and wire insulation, he said.

Open floor plans are another culprit, Carillo said: “A fire that starts in the kitchen is going to generate more loss across the first floor.”

Some of the weather changes being monitored by the insurance industry, such as the northerly drift of “Hurricane Alley,” are gradual shifts. Others — like the droughts that have exacerbated enormous wildfires in the Western United States — have hit an inflection point much more rapidly. Rauch said that in the 1980s, the average annual insured losses in the United States from wildfires ranged from $1 billion to $3 billion.

“This was the expectation going forward,” he said.

That changed in a heartbeat. “In 2017, for the first time, insured losses were somewhere in the $16 billion region,” Rauch said. “It was a massive jump, and 2018 was basically the same.” After a moderate Western fire season in 2019, 2020 brought another round of eye-watering losses, roughly in the neighborhood of $11 billion.

It is evidence that even the nimblest of companies can be caught by surprise at how fast conditions can change. In just the last four to five years, Rauch said, wildfires have brought significant changes. “The loss situation was totally different from the decades before,” he said.

Insurance and real estate professionals say this is especially problematic for people who put roots down decades ago with the expectation of growing old in those homes and neighborhoods, only to find that the ground beneath their feet has shifted.

“I do have people that retired here,” said Patrick Brownfield, personal risk adviser for the insurance broker Hub International in Jackson, Wyoming. “They’ve had astronomical increases in their insurance in the last two years,” he said, adding that this leaves those homeowners with few options. “It’s going to cost them $20,000 a year on their fixed income, and now they can’t pay the insurance because all their equity is in their home,” Brownfield said.

Deciding to sell, though, can present even more difficult decisions.

“Real estate contracts are now contingent on the ability to get that insurance,” said Ed Liebzeit, a real estate broker with Sotheby’s International Realty in Jackson.

“People at retirement age are facing two things,” he said. “If they’re on a fixed income, their insurance is going up, but so are their property taxes.” This is a drawback of the area’s rapidly appreciating housing market, he said. The result for retirees, increasingly, is displacement.

“The problem is, they have to leave town because there’s not another opportunity to buy low and stay here unless they go to a very small condo,” Liebzeit said. “So most of them are leaving.”