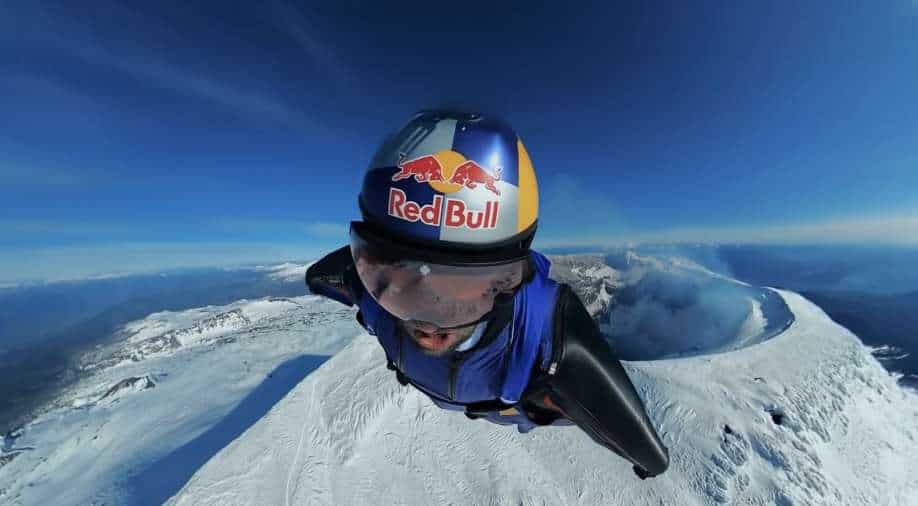 Wearing a wingsuit, Álvarez flew through an active volcano, potentially making him the first person in history to have even attempted such a feat

The word ‘daredevil’ doesn’t even do justice when it is used to describe the stunt performed by a former Chilean pilot.

Sebastián “Ardilla” Álvarez, a former Chilean Air Force pilot whose nickname means “Squirrel”, recently became the first person to fly in and out of an active volcano, CNN reported.

However, this is not the surprising factor.

That Álvarez was in a wingsuit while flying through an active volcano potentially makes him the first person in history to have even attempted such a feat.

The whole dramatic stunt was posted on YouTube, showing the 36-year-old accomplishing the death-defying feat last month at Villarrica, a volcano in Chile—which has been dubbed “the Devil’s House” by the indigenous Mapuche tribe for its frequent eruptions.

The aim was to show the beauty of Chile and to push the limits of the flare manoeuvre, a key component in the discipline of wingsuit flying, Alvarez said.

“This is by far the most extreme project I’ve ever done,” Álvarez told CNN. “That’s for sure. Especially because of all of the factors — it was an active volcano, it was at high altitude, cold, windy and so there were a lot of things that I needed to take care of.

Leaping from a helicopter at more than 3,500 meters in altitude, Álvarez would attempt to use the wingsuit to reach speeds of more than 280 km/h and then fly into and out of the 200-meter wide crater of the volcano.

It took Álvarez more than a year to prepare for the stunt. He said that he gradually got to know the volcano – its rhythms, the intensity of the smoke columns, the smell of the sulphur, the wind speed, the weather, the air space and so much more.

“Mentally, it was to me really hard because, again, my mind doesn’t want to be there, but you need to kind of force it to make it happen. I really enjoy doing these projects because I really like to push the sport a little bit more,” he added.