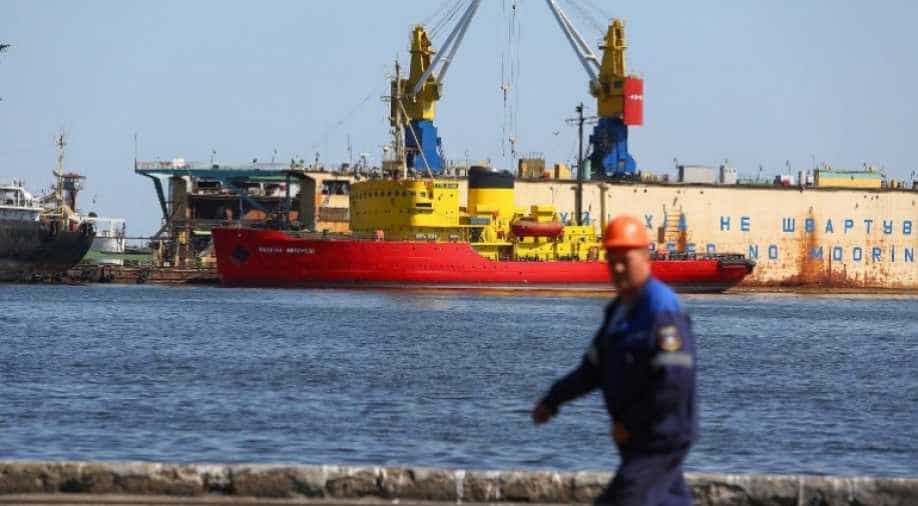 The Ukraine-Russia conflict flared up when Russian forces seized three Ukrainian vessels and captured two dozen sailors as they tried to pass from the Black Sea to the Sea of Azov.

The EU has decided to sanction eight Russian nationals for their responsibility in incidents in the Azov Sea last November, several European sources told AFP.

The Ukraine-Russia conflict flared up when Russian forces seized three Ukrainian vessels and captured two dozen sailors as they tried to pass from the Black Sea to the Sea of Azov.

The November confrontation was the first open military incident between Kiev and Moscow since 2014 when Russia annexed the Crimea peninsula and a conflict erupted in eastern Ukraine.

The measure will be submitted on Monday for approval to EU foreign ministers at a meeting in Brussels, the sources confirmed.

These are "targeted and individual sanctions", a diplomat said, with the eight blacklist targets to be banned from entering the EU and their assets frozen.

"There was a unanimous decision to sanction those responsible," another source said.

Legal proceedings will then be launched and the names of those on the blacklist will remain sealed until the decision is published in the coming weeks.

The Azov Sea standoff was seen as an open violation of the EU-brokered Minsk peace agreement, which was endorsed by both Moscow and Kiev in late 2014, but is violated regularly.

Currently, 164 Russians and Ukrainians, including personalities close to Russian President Vladimir Putin, have been placed on the EU sanctions list since Russia's annexation of the Crimean Peninsula.

But EU member states remain divided on whether to strengthen measures by specifically targeting trade ties with Russia, a source said.

In particular, Europeans refrain from involving key figures of the energy sector because of the heavy dependence of several EU countries -- including powerful Germany -- on gas purchased from Russia.