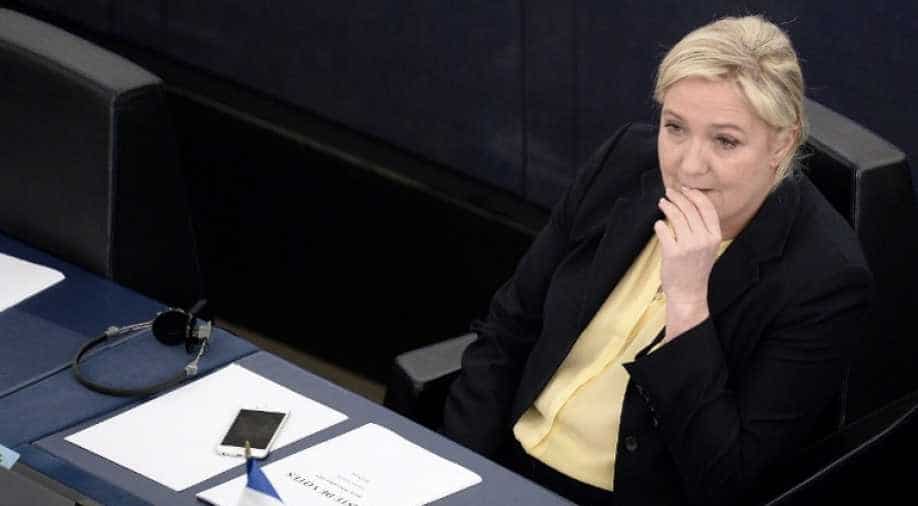 Le Pen, member of the far-right French Front National, is one of the front-runners in upcoming French presidential polls. Photograph:( AFP )

Le Pen, one of the front-runners in upcoming French presidential polls, had until midnight Tuesday to repay nearly 300,000 euros ($325,000) but she bluntly rejected the demand just before the deadline.

The European Parliament says Le Pen, who is also an MEP as well as leader of France's National Front, incorrectly used the funds to pay an aide, Catherine Griset, who was based at the party's headquarters in Paris and not at the assembly, which meets in both Brussels and Strasbourg, eastern France.

The parliamentary source in Brussels, who asked not to be named, said the aim was not to punish Le Pen but to recover the funds involved.

Le Pen and her representatives had had "many occasions" to explain her position, the source said.

MEP salaries are paid on the 15th of each month, so the procedure could begin shortly, the source said, adding that it could amount to 8,000 euros per month when other parliamentary payments are included.

The source said parliament believes this is the normal procedure in such cases.

Griset was employed by the National Front as an "accredited assistant" between 2010 and 2016.

The European Parliament is also looking into more than 41,500 euros paid to Thierry Legier, who is Le Pen's bodyguard.

Le Pen told AFP Tuesday she had never received the money and compared the case with allegations that her conservative challenger in the presidential election, Francois Fillon, paid his wife and children around 900,000 euros for "fake jobs" as parliamentary assistants.

"To repay the money, I would have had to receive it in the first place, but I am not Francois Fillon," she said.