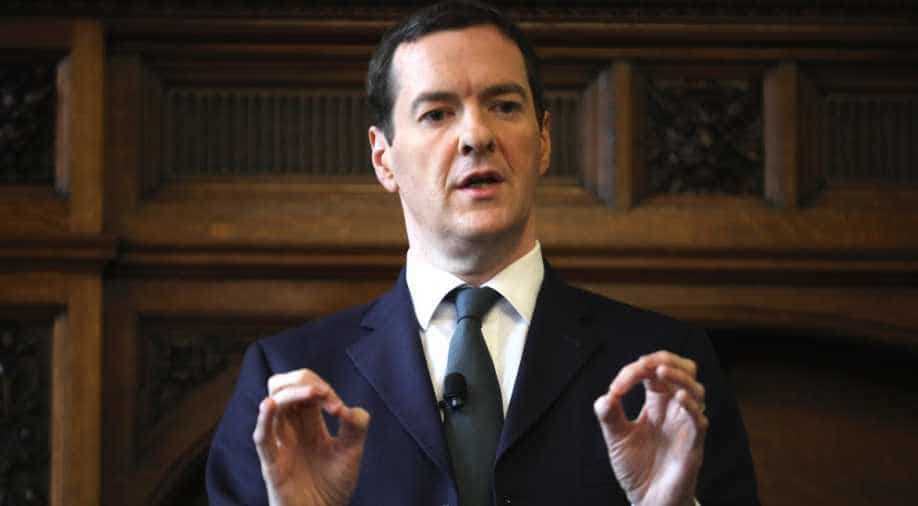 Britain was already going to cut its corporate tax rate from 20 to 19 per cent next year, and to 17 per cent in 2020.?But the new target, which has no timetable, would give it the lowest rate of any major economy. In photo: George Osborne. Photograph:( Getty )

Follow Us
The European Union's top economic official on Tuesday criticised a British proposal to slash corporate tax to less than 15 per cent following the nation's vote to quit the bloc.

Britain's finance minister George Osborne said at the weekend he would seek to reduce corporation tax to under 15 per cent over fears of a corporate exodus following the June 23 referendum to leave the EU.

The bloc gave a frosty reception to the plan, however, saying it would raise the threat of a competitive series of corporate tax cuts as countries try to lure firms to their shores.

"Going to 15 per cent does not seem to me to be a good initiative," EU economic affairs commissioner Pierre Moscovici told French radio station Radio Classique.

"We should not enter into exacerbated fiscal competition between ourselves, or fiscal dumping," Moscovici said in the first public reaction by the EU to Osborne's proposal.

The British chancellor of the exchequer revealed his plan in an interview with the Financial Times published on Sunday evening. The Treasury confirmed the comments to AFP.

Prior to the Brexit vote, British tax rates on corporate profits were already set to be cut from 20 to 19 per cent next year and to 17 per cent in 2020.

But the new target, which has no timetable, would give Britain the lowest rates of any major economy, and put it closer to the 12.5 per cent rate in EU member Ireland.

"We must focus on the horizon and the journey ahead and make the most of the hand we've been dealt," Osborne told the Financial Times.

But Moscovici said that Osborne's initiative "also means an absolutely considerable loss for the British treasury in a situation in which deficits in Britain are already much too high".

Those deficits would now "attract more attention from markets and rating agencies" because Britain would no longer be operating in the EU framework, he said.

However, Moscovici also said there was no reason to be "excessively worried", suggesting that Osborne may not be around to implement
his tax cut plan.

"I will wait for the Conservative party to have a real leader, and it will not be (Osborne) who prepares Britain's next budget," Moscovici said.

The commissioner also issued a warning to those calling for a referendum on EU membership in France.

"I also say to all those who may be tempted by a referendum in France that a referendum hurts, it burns, it divides and it does not yield solutions," Moscovici said.