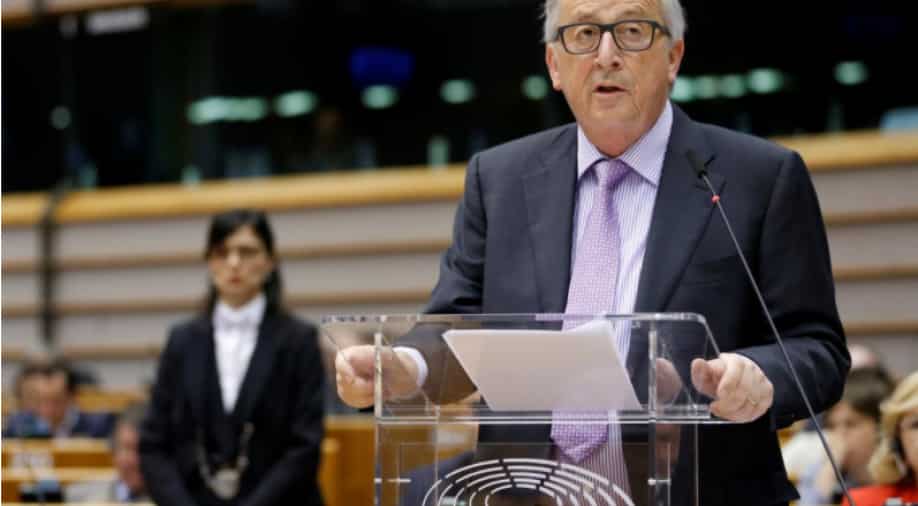 The European Commission on Wednesday announced plans to increase their post-Brexit budget to 1.279-trillion-euro that will trigger battles among member states over how to fill the funding gap left by Britain’s exit next year.

Bureaucrats have published the first draft Multiannual Financial Framework, which will run from 2021 to 2027 - the first directly affected by Brexit - and it is thought the loss of the UK’s contribution will have a major impact on the scope of the EU’s spending power from 2021.

During the 2021-27 period it would trim the biggest single item, farm subsidies, by 5 per cent and wants a new plastics tax. It would spend more on research and technology, foreign aid, euro zone stability, compensation for job losses from open trade and on joint defense and frontier guards.

It also introduces a new mechanism to penalize countries — notably in the ex-communist east — where governments breach EU rules on ensuring judicial freedom and the rule of law. These could find some of their important EU funding being withheld.

“With today’s proposal we have put forward a pragmatic plan for how to do more with less,” said European Commission President Jean-Claude Juncker.

“A budget for a Europe that protects, empowers and defends,” declared the Commission, urging the remaining 27 member states to make up the shortfall of at least 10 billion euros ($12 billion) a year to be caused by Brexit after 2020.

That language reflects a campaign from Brussels to persuade voters the bloc remains relevant after a decade of crisis that has seen ferocious austerity in countries hit by the euro zone debt crisis and uproar over the arrival of more than a million irregular migrants across the Mediterranean in 2015 alone.

“A Europe that protects,” has also become a familiar demand from French President Emmanuel Macron, as he tries to work with German Chancellor Angela Merkel to tighten integration after the ever-skeptical British have left, while easing fears among voters that the EU means open borders and jobs exported abroad.

The German government reacted cautiously but the priorities it set out echoed many of those from the EU executive — tougher border control, more EU defense cooperation, tech innovation and a stronger defense of democratic values in Europe.

While, the EU’s largest budget contributor, Germany, has said it stands ready to pump in more cash to the Brussels machine, the Netherlands, Denmark, Austria and Sweden have raised concerns over stumping up any more cash to prop up the bloc in the wake of the UK’s departure.

For the first time, the Commission will create a “rule of law” mechanism that ties budget payments to a country’s respect for EU values. Brussels insists the rules will not be used to target the likes of Hungary and Poland with whom it has tussled over independent judiciaries.

It repeated its readiness, like France, to pick up a bigger bill if the budget strengthens the Union: “But that,” it added, “includes fair burden-sharing among all member states.”

It will be around 1.11 percent of the bloc’s economic output, the Commission said, up from the current 1.03 per cent.