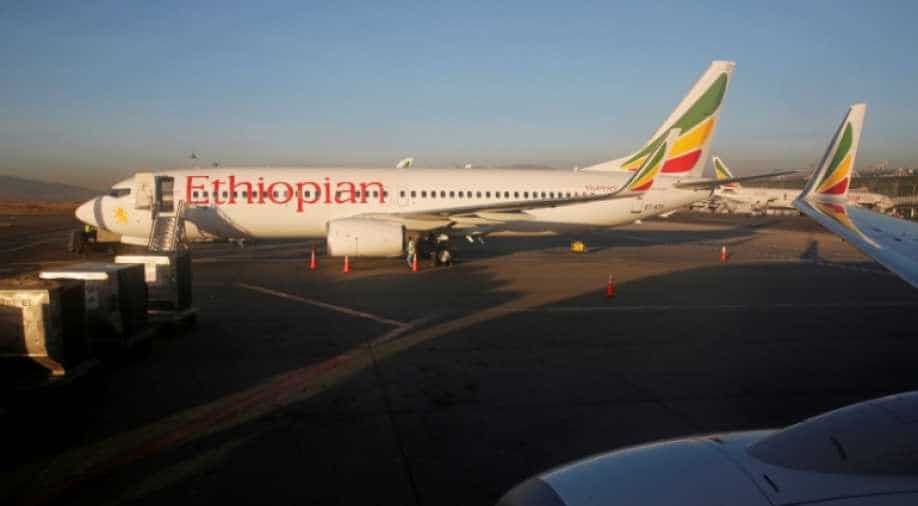 The crash of flight 302 and a similar one involving Indonesia's Lion Air in October, both flying the new 737 MAX 8, have cost 346 lives and sparked the biggest crisis in decades for Boeing.

The chief executive of Ethiopian Airlines has rejected media reports that optional equipment for Boeing 737 MAX planes was critical for safety aboard a flight that crashed this month.

The crash of flight 302 and a similar one involving Indonesia's Lion Air in October, both flying the new 737 MAX 8, have cost 346 lives and sparked the biggest crisis in decades for Boeing.

Grieving families, nervous travellers and airlines around the world are looking for answers while Boeing prepares updates aimed at getting the 737 MAX, with sales worth $500 billion at stake, back in the air.

In a sign of the impact on Boeing's business, Indonesia's Garuda is pushing to dump a $6 billion order for the grounded planes.

Teams from the three US airlines that own 737 MAX jets were also heading to Boeing's factory in Renton, Washington over the weekend to review a software upgrade.

One focus for investigators is software Boeing installed on the MAX series designed to push a plane's nose down if it senses too sharp an ascent and an indicator that shows that angle of flight.

"A Toyota is imported with all the necessary equipment to drive, like the engine and the wheels, but with air conditioning and the radio optional," Tewolde said.

"When Boeing supplies aircraft there are items which are mandatory for safety and then there are optional items," he added, noting the angle of attack indicator was optional.

Some media reports have questioned whether having this installed may have helped the cockpit crew regain control of flight 302, which crashed near Addis Ababa on March 10 killing all 157 aboard.

Tewolde rejected this, adding: "The angle of attack indicator was on the optional list along with the inflight entertainment system."

He echoed the words of Norwegian Air which said it had not selected the cockpit light warning of discrepancies between angle of attack sensors for its fleet of 18 MAX 8 aircraft.

"We have chosen not to fit this particular optional extra ...it is not a safety critical feature nor is it a requirement by any aviation authority," Norwegian told Reuters.

Ethiopian Airlines is Africa's biggest airline with a modern fleet of Boeing, Airbus and Bombardier aircraft and a flying history that dates back to the 1940s.

They have been flying Boeing planes since 1962 and have four MAX 8 jets, with another 25 worth some $3 billion on order.

The airline might switch to other Boeing models, Rizal told Reuters, adding it was in negotiations with Boeing while a move to Airbus planes was not under consideration. Garuda rival Lion Air is weighing what to do with an even bigger order following its crash, which killed all 189 passengers and crew aboard.

It has 190 Boeing jets worth $22 billion at list prices waiting to be delivered.

Boeing has said it is been working closely with the US Federal Aviation Administration on a software upgrade and training set to be deployed across the 737 MAX fleet in the coming weeks.

The FAA which certifies planes expects to approve these design changes no later than April, it has said.

American Airlines pilots this weekend were preparing to test the planned software upgrade, saying they want their own safety guarantees on the fix.

Southwest and United Airlines said they would also review documentation and training associated with Boeing's updates.