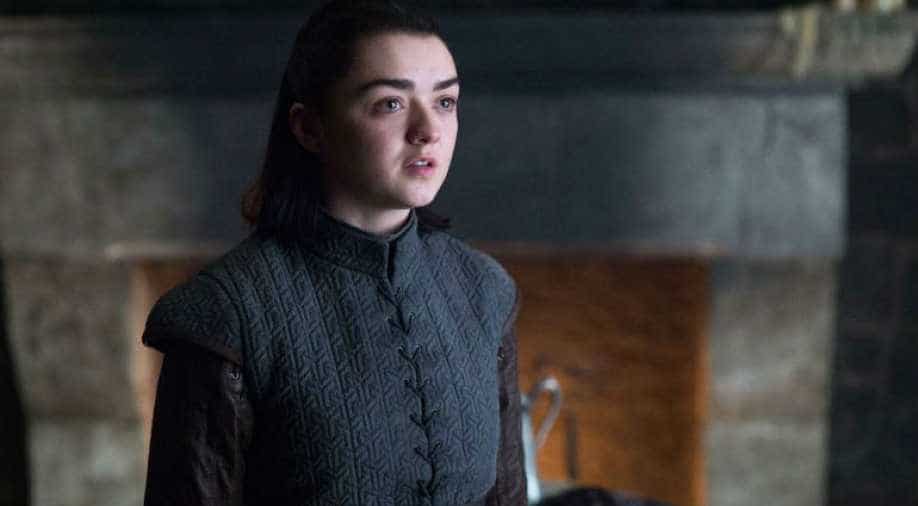 Maisie Williams in a still from 'Game Of Thrones' Photograph:( WION Web Team )

The brave Arya Stark has bid adieu to 'Game Of Thrones' for good. Actress Maisie Williams said her final goodbye to the show after she wrapped up work on the sets of the popular series.

The filming of the final season of 'Game Of Thrones' has been going on since last October and is nearing completion.

Williams posted a photo of her bloodied shoes as she bid goodbye to the show. "Goodbye belfast. goodbye arya. goodbye game of thrones. what a joy ive had. heres to the adventures to come #lastwomanstanding #barely #immasleepforthenextfouryears #justkiddingidontsleep," read the caption.

Earlier, Emilia Clarke has shared a farewell post after her work got wrapped up in the show. Emilia, who played the role of Daenerys Targaryen in the fantasy series, had posted on her Instagram page,"Hopped on a boat to an island to say goodbye to the land that has been my home away from home for almost a decade. It's been a trip @gameofthrones thank you for the life I never dreamed I'd be able to live and the family I'll never stop missing." Also see: 'Game of Thrones' season 8 will have more deaths

The early exit of both the actresses could lead speculations about their character's fate in the final season. However, a source close to the show points out that the acting part might get over soon, but the post production work will take nearly a year to complete. Also see: Game of Thrones couple Kit Harington, Rose Leslie marry in Scotland

'Game Of Thrones'  Season 8 will air in the summer of 2019. It is believed that the final season will have only six episodes.