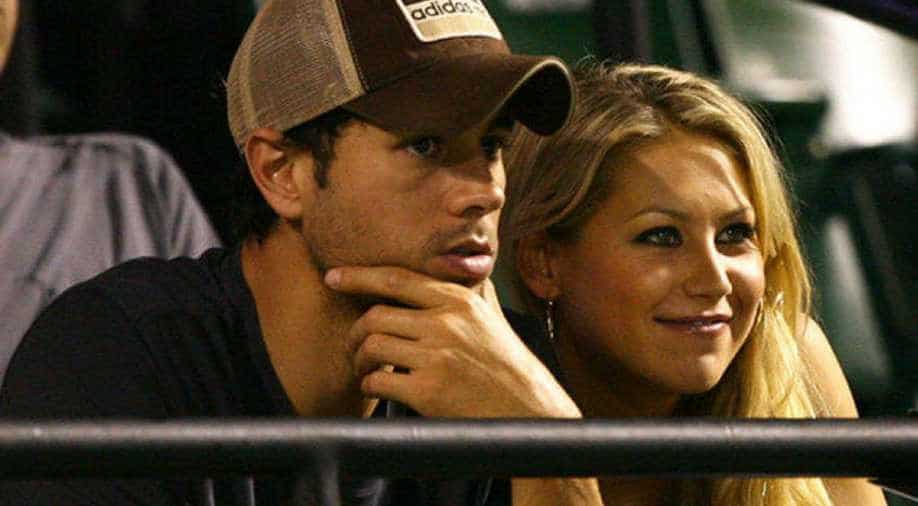 Enrique Iglesias‬ and ‪Anna Kournikova‬‬ have been together for quite some time now. Photograph:( Twitter )

On Tuesday, Enrique announced that he is now a father by sharing a photo of his toddler.

He captioned the post: "My Sunshine" while posing with the little one in a matching outfit.

The baby can be seen wearing a grey onesie while the father has put on a similar grey hoodie, snuggling up to the baby.

At the same time, new mother Anna also posted a photo of her baby while planting a kiss on the baby's cheek. She also captioned the post the same as Enrique.

As per reports, the "Hero" hitmaker and his longtime girlfriend became parents to twins last month in December but kept it a secret. The twins have since been named Nicholas (boy) and Lucy (daughter). The babies were born in Miami, Florida.

The couple did not respond to any rumours back then but have now shared pictures of the twins as they turn one month old.

Anna and Enrique have been dating since 2001 and have managed to keep away from the prying eyes of media. Their lives are so perfectly kept hidden, so much so, that Anna managed to keep her entire pregnancy under wraps until days after she gave birth.