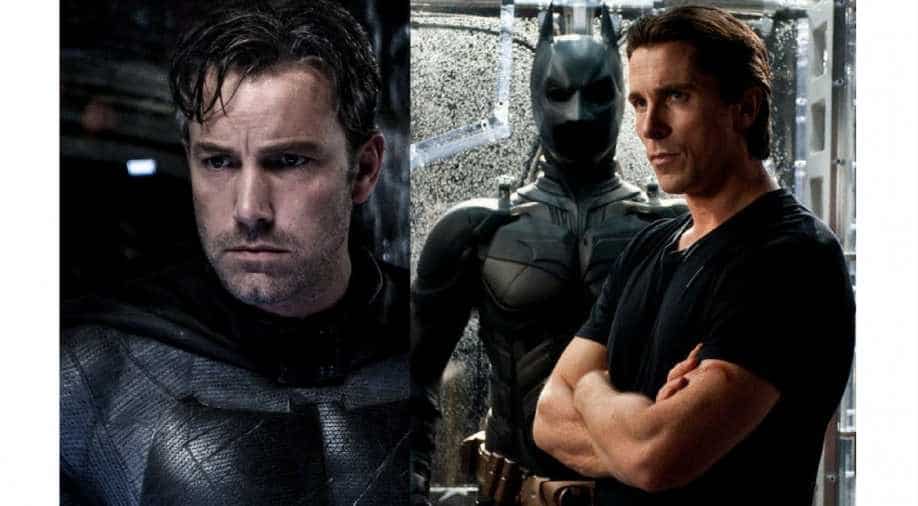 In an interview, Christopher Nolan's 'Batman' played by Christian Bale revealed that he not seen Ben Affleck play the same role as he hasn't seen his 'Batman' movies. Photograph:( Twitter )

Maybe media stories of one actor disapproving of another actor when essayed the same character in movies are after all true.

On the latest episode of the popular podcast, "Happy Sad Confused", Christian Bale who played 'Batman' in all Christopher Nolan movies on the superhero revealed that he hasn't watched a single 'Batman' movie featuring Ben Affleck.

After Nolan decided to discontinue the 'Batman' franchise, Zack Snyder started work on his imagination of the superhero and cast Ben Affleck in Bale's role.

Speaking on the podcast, Bale said, "Yes I’m interested, my son seemed like he was really interested, but then I realised he just wanted to see the trailer and that was it. I tend to go see films that [my kids] want to see."

The brilliant actor also revealed that he's not much into superhero movies himself.

He revealed: "I have to confess I’m not a huge superhero film fan. People seem surprised at that, I don’t know why. I’ve not seen any of the Avengers films or any of those films at all. I hear they’re very good, but I’m quite happy just hearing they’re very good.”

On the same podcast, Bale also revealed he was in talks to star in "Solo: A Star Wars Story".

As far as Affleck's future is concerned as the superhero, recent media reports have indicated that he might not appear in any 'Batman' solo movies. However, he has expressed interest in directing one.