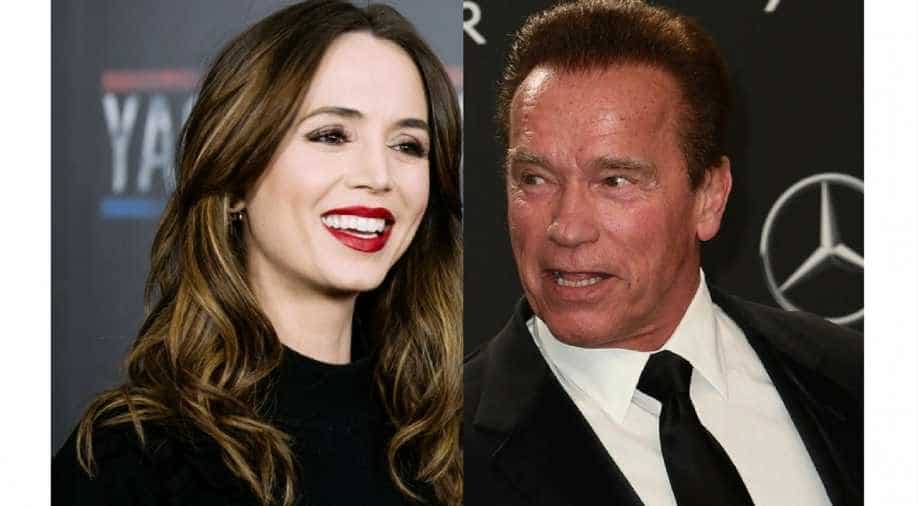 Arnold Schwarzenegger (right) tweeted that if he had known about the incident at the time of the shooting, he would have done something about it. Photograph:( Twitter )

Arnold Schwarzenegger took to Twitter to express shock and dismay at the recent spate of allegations put forth by actress Eliza Dushku who starred with him in 1994 flick "True Lies".

He said he is "shocked and saddened" to learn of Eliza Dushku's alleged sexual assault during the filming of "True Lies" and added that had he known about the incident at the time he "would have done something."

Schwarzenegger also tweeted his support to the actress and expressed pride in her for coming forward.

Tom, you bet your ass all of us would have done something. I’m shocked and saddened for Eliza but I am also proud of her - beyond being a great talent and an amazing woman, she is so courageous. https://t.co/EJJbkdior2

The action star toplined James Cameron's 1994 action thriller while Dushku played his daughter and was 12 years old at the time.

Dushku on Saturday accused "True Lies" stunt coordinator Joel Kramer of assault in a lengthy Facebook post. The actress claimed she was "sexually molested" by the then-36-year-old after he "lured" her to his hotel room during production. Dushku was 12 at the time.

Cameron also publicly commented on the allegations. Speaking at the Television Critics Association's winter press tour to support AMC's Visionaries: James Cameron's Story of Science Fiction, he said, "Eliza is very brave for speaking up. I think all the women are that are speaking up and calling for a reckoning now. I think this has been endemic throughout human systems, not just Hollywood."

He added, "Because Hollywood deals with women who are victims 10-15-20 years ago who are famous today, so they get to have a louder voice when they come forward. Bravo for them for doing it and I'm glad Eliza did that. It's just heartbreaking that it happened to her."