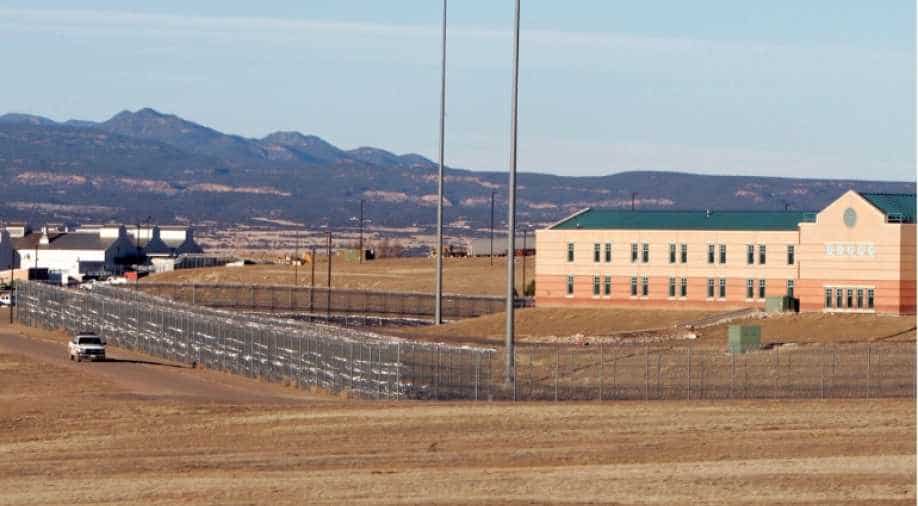 No one has broken out of Administrative Maximum Facility (ADX) in Florence, Colorado since it opened in 1994 to house the most dangerous inmates in the US prison system.

Joaquin "El Chapo" Guzman, the Mexican found guilty in a US court on Tuesday of running a criminal enterprise that smuggled drugs into the United States, is likely headed to a "supermax" prison where repeating his past escapes would be nearly impossible.

No one has broken out of Administrative Maximum Facility (ADX) in Florence, Colorado since it opened in 1994 to house the most dangerous inmates in the US prison system.

"ADX is the kind of prison that was designed for a high-profile inmate like El Chapo," Larry Levine, a former federal inmate who is the director and founder of Wall Street Prison Consultants, said in a phone interview.

Guzman, 61, the leader of the Sinaloa Cartel who escaped twice from maximum-security Mexican prisons before his most recent capture in 2016, faces a possible life prison sentence at a hearing scheduled for June 25 in New York.

US authorities have been tight-lipped about where Guzman will be imprisoned. But it has been widely anticipated that, if convicted, he would be sent to ADX Florence, ever since his extradition to the United States in January 2017.

"For someone like Guzman, the chances of escape from a facility like that are nil," said L. Thomas Kucharski, a professor at John Jay College of Criminal Justice in New York.

'ALCATRAZ OF THE ROCKIES'

Officials from the US Bureau of Prisons (BOP) could not be reached for comment on Tuesday.

ADX Florence, located in a complex of prisons in a remote area about 115 miles (185 km) south of Denver, is nicknamed "Alcatraz of the Rockies" after the prison in San Francisco Bay that held gangster Al Capone in the 1930s and other notorious criminals.

ADX Florence inmates are held in specially designed "control units" that function as prisons within prisons.

The prisoners are confined to single-person cells for 22 or more hours a day, depriving them of virtually all contact with the outside world.

ADX Florence's most infamous inmates include Ramzi Yousef, mastermind of the 1993 bombing of the World Trade Centre in New York; convicted Boston Marathon bomber Dzhokhar Tsarnaev and Unabomber Ted Kaczynski, according to the BOP website.

Special restrictions are designed to ensure some inmates have no means of exerting influence or threats beyond prison walls, which is useful for US authorities to control those with sway over militant groups or criminal enterprises.

Not all of the facility's prisoners are famous for their crimes. Some were transferred there because they attacked guards or inmates at other facilities, Levine said.

In fact, about 90 per cent of the more than 400 inmates are there because of discipline issues, according to a report released last October by the District of Columbia Corrections Information Council.

Inside their cell, the most highly guarded inmates have a television with content designed to provide them with education, psychological help and religious services, the report said.

Each cell has a narrow window, 42 inches (107 cm) tall and angled toward the sky, and inmates cannot see each other from inside their units, it said.