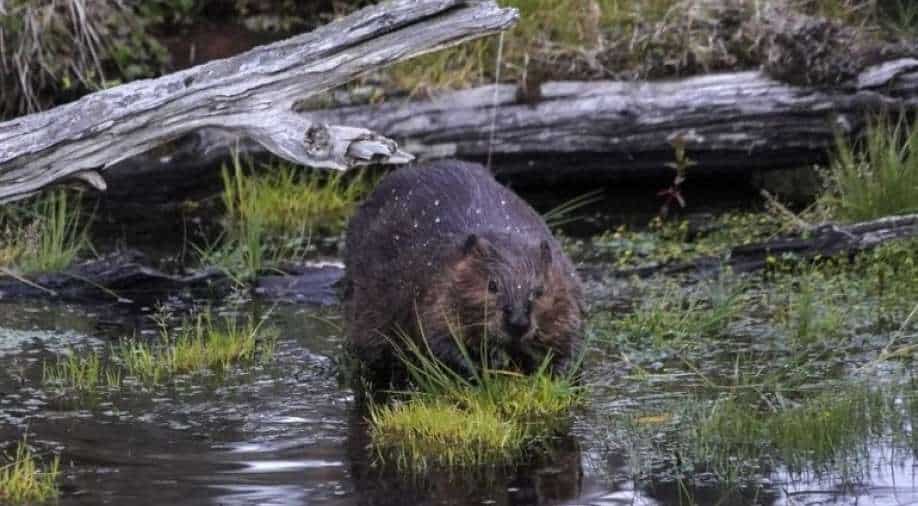 A beaver enters the water in the forest near Puerto Williams, Chile on February 05, 2020 Photograph:( AFP )

Beavers are back - literally! For the first time in 400 years, beavers have built a dam in Exmoor, England

Beavers are back - literally! For the first time in 400 years, beavers have built a dam in Exmoor, England. Beavers are semi-aquatic rodents, and they were introduced into the region by the National Trust, who also undertook restoration work in the area.

The dam was spotted at the Holnicote Estate close to Minehead in England. These were also the first beavers to be released into the wild by the trust in 125 years of its existence. The dam creation process includes collection of vegetation. After they moved into a 2.7 acre enclosure in January, the trust, along with the Exeter University have been monitoring them.

SkyNews reported that local workers and rangers have referred to the beavers as “ecosystem engineers” for they have successfully created a wetland just nine months after water was introduced.

The construction done by beavers has created deep pools of water - which not only provides animals protection from predators but also a safe place to hoard food.

Humans also get the benefits of this creation. Beaver dams are capable of preventing flood, as they slow down the stream water and then store water as it flows. The project manager, Ben Eardley told Sky News that owing to the ongoing climate crisis which continues to worse, beaver dams are one of many solutions.

He referred to the dam as “incredibly special”, and says that the appearance of such dams is testimony to the changing landscape.

Also read: Fatal crashes including wild animals dipped by over 50% due to coronavirus restrictions, says study

Even though the dam has been in place for only a few weeks, it has been able to create a wetland! Eardley claims that they have spotted kingfishers. With the extension of habitat, they expect to see amphibians, insects, bats, and birds.

While referring to the rain that took place in the region recently, he said that this is testimony to the role played by beavers in engineering the landscape.

In the 16th century, beavers became extinct in the UK, for they were hunted for fur, meat, and scent glands. Over the last 20 years, the animals have been reintroduced in the country.