Dropping weapons treaty would let US update its nuclear arsenal 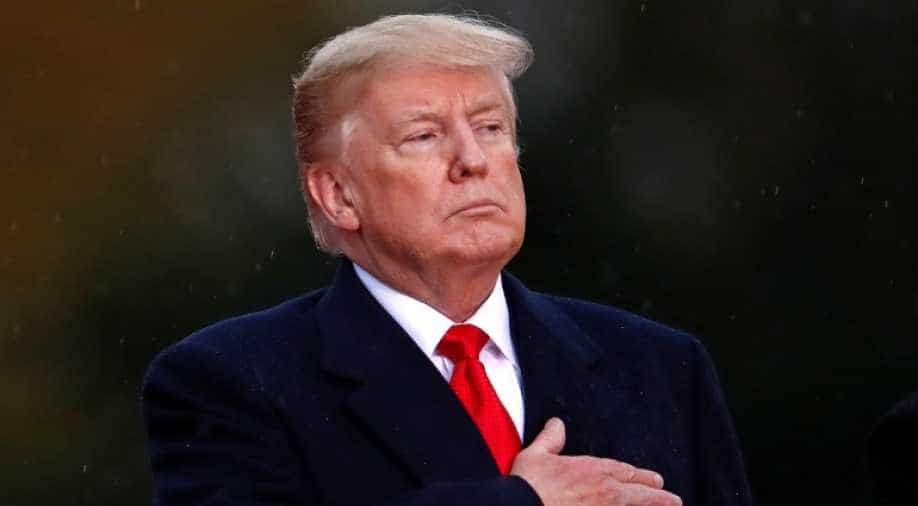 NATO has said that US allies 'fully support' its withdrawal from the pact, and agreed that Russia's 9M729 ground-launched cruise missile systems violate the treaty.

The US scrapping of the Intermediate-Range Nuclear Forces (INF) treaty with Russia could launch a new arms race, but will also allow the United States to update its nuclear arsenal, a publicly stated goal for the past year.

President Donald Trump announced Friday the US was suspending its obligations under the INF treaty as of Saturday and starting a process to withdraw in six months.

NATO has said that US allies "fully support" its withdrawal from the pact, and agreed that Russia's 9M729 ground-launched cruise missile systems violate the treaty.

The United States has complained about the alleged Russian violations for years.

But now it's also speaking openly about its chance to upgrade its arms stock.

When the United States unveiled its new nuclear policy in February 2018, it warned that it planned to buy two new weapons: a new type of low-power nuclear missile to be launched from a submarine, and a new type of nuclear cruise missile that would violate the INF agreement.

This new missile — which would only come into service within a decade — would only be a violation of the treaty if it were deployed, the Pentagon says.

It has always stressed that a research and development program was not prohibited by the 1987 treaty with Moscow.

So starting Saturday "we are no longer bound by the constraints of the Treaty," Johnny Michael, a Pentagon spokesman, told AFP Friday.

The 2019 US military budget provides funds for developing this new intermediate-range land-based missile and "we are still in the research phase," the spokesman said.

In fact, the Pentagon was already preparing its response to Russian missile 9M729, with a top range of 480 kilometres, Moscow insists.

But Washington, backed by NATO allies, says that Russian missile has already been tested on much greater distances.

Johns Hopkins University's Jeffrey Pryce argues that the INF treaty favours the United States because, while it prohibits all surface-to-air missiles with a range of 500 to 5,500 kilometres, conventional or intermediate, anything fired from a submarine or dropped by a bomber, simply is not covered.

"Thus, the INF Treaty deprives Russia of a significant military capability, for which its size and location are strategic advantages," the former Pentagon official said on Twitter.

"The US, by contrast, has the world's most powerful navy and air force. And the INF Treaty does not restrict sea-launched or air-launched missiles."

According to figures from the anti-nuclear group Union of Concerned Scientists, the US nuclear arsenal holds 4,600 nuclear weapons, of which 1,740 are deployed and ready to be used at any time, and 2,922 stored.

Ten US Navy submarines armed with nuclear missiles are constantly patrolling the seas, the group said.

Russia has a similar number of nuclear warheads, but its nuclear submarines are in bad shape, as several accidents have shown in recent years.

China, keen to assert military supremacy in Asia, also has intermediate-range missiles. According to experts, 95 per cent of Chinese missiles would violate the INF treaty if Beijing was a signatory.

Michael Krepon, of the Stimson Center, believes that "we're headed toward a new nuclear arms race.

"Any time your national defence budget is ten times bigger than Russia's and five times bigger than China's, you can afford an arms race. But arms races usually don't end well: even if you stay ahead of the competition, your security is diminished."