Following US move, Putin says Russia is pulling out of nuclear missile treaty 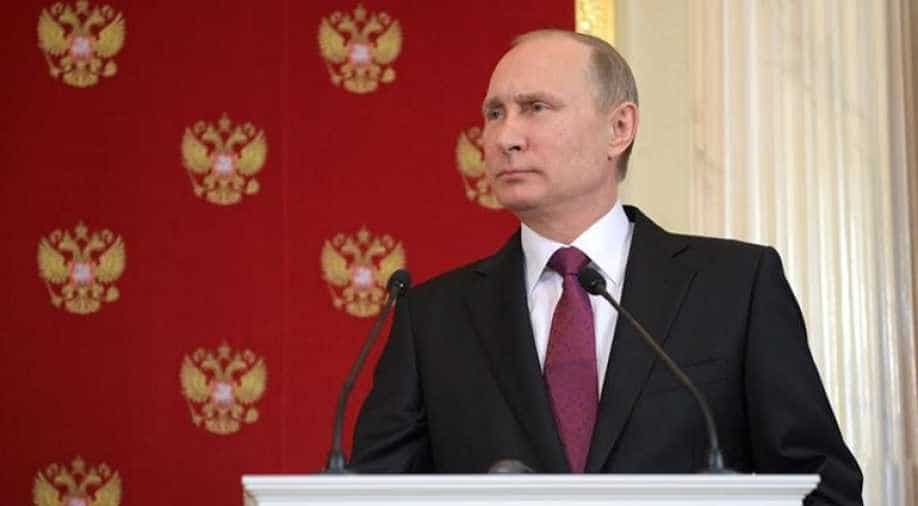 'Our American partners have announced they are suspending their participation in the deal, and we are also suspending our participation,' Putin said of the Intermediate-Range Nuclear Forces Treaty.

President Vladimir Putin on Saturday said Russia was suspending its participation in a key Cold War-era missile treaty in a mirror response to a US move the day before.

"Our American partners have announced they are suspending their participation in the deal, and we are also suspending our participation," he said of the Intermediate-Range Nuclear Forces Treaty.

Putin said during a televised meeting with foreign and defence ministers Sergei Lavrov and Sergei Shoigu that Russia would no longer initiate talks with the US on disarmament.

'We will wait until our partners have matured enough to conduct an equal, meaningful dialogue with us on this important topic,' Putin said

"We will wait until our partners have matured enough to conduct an equal, meaningful dialogue with us on this important topic," the president said.

President Donald Trump said Friday that Washington was suspending its obligations under the INF treaty and starting a process to withdraw in six months.

But Moscow has long insisted it does not violate the agreement, and last month invited reporters and foreign military attaches to a briefing on the disputed weapons system.

Lavrov on Saturday repeated Russian accusations that Washington itself has been in violation of the deal for many years.

At the meeting, Putin said Russia would seek to develop medium-range missiles in response to what he said were similar projects in the US.

But he told the ministers that Russia would "not be drawn into a costly new arms race".

Russia would only deploy intermediate- and short-range missiles in Europe or elsewhere in answer to similar moves from the US, he added.

Putin has previously threatened to develop nuclear missiles banned under the INF treaty if it is scrapped.

European leaders have voiced fears over the consequences of the treaty's demise and called on Russia to address concerns before the United States formally leaves in August.

Signed towards the end of the Cold War by then US president Ronald Reagan and Soviet leader Mikhail Gorbachev, the treaty bans ground-launched missiles with a range of between 500 and 5,500 kilometres.

The deal resolved a crisis over Soviet nuclear-tipped ballistic missiles targeting Western capitals, but put no restrictions on other major military actors such as China.