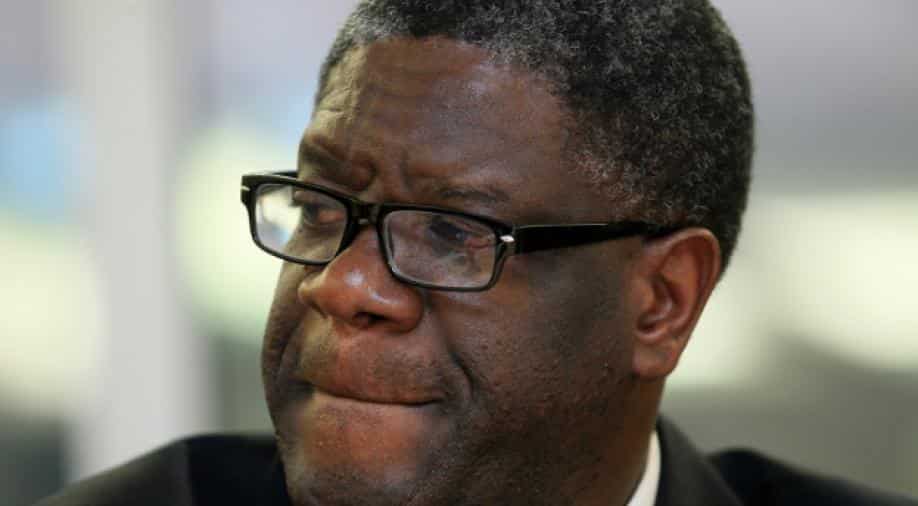 Mukwege, 63, belongs to  Democratic Republic of Congo's (Dr Congo) and is popularly known as "Dr Miracle" for his surgical skills.

Doctor Denis Mukwege was conducting his second operation of the day in his hospital when someone came inside and told him that he had won the Nobel Peace Prize this year.

"I was in the operating room so when they started to make noise around (it) I wasn't really thinking about what was going on and suddenly some people came in and told me the news," Mukwege told a media agency.

"It was so touching when I was operating and I heard people start to cry and it was so, so, so touching."

Mukwege, 63, belongs to  Democratic Republic of Congo's (Dr Congo) and is popularly known as "Dr Miracle" for his surgical skills.

In an interview with the Nobel Foundation, Mukwege said: "I can see in the face of many women how they are happy to be recognised and this is really so touching."

In a statement, the Sweden-based Nobel committee said," Denis Mukwege is the foremost, most unifying symbol, both nationally and internationally, of the struggle to end sexual violence in war and armed conflicts." "His basic principle is that 'justice is everyone’s business,” it added.

"The importance of Dr Mukwege’s enduring, dedicated and selfless efforts in this field cannot be overstated. He has repeatedly condemned impunity for mass rape and criticised the Congolese government and other countries for not doing enough to stop the use of sexual violence against "women as a strategy and weapon of war".

Meanwhile, the DR Congo government while congratulating Mukwege's work added that "there are often disagreements between us."

"We have had differences with Denis Mukwege every time that he tried to "politicise" his work which however is important from a humanitarian standpoint," government spokesman Lambert Mende told AFP.

"But now, we are satisfied with the Nobel Academy's recognition of the work of a compatriot," the spokesman added.

Mukwege has often criticised the country's outgoing President Joseph Kabila, saying that "We are governed by people who don't love us." The government spokesman while acknowledging Mukwege said the Nobel laurate "wasn't infallible".

"We think that the recognition by the Nobel Academy ... is merited but we will continue to oppose whenever anyone tried to mix humanitarian work with politics," the government spokesman said.