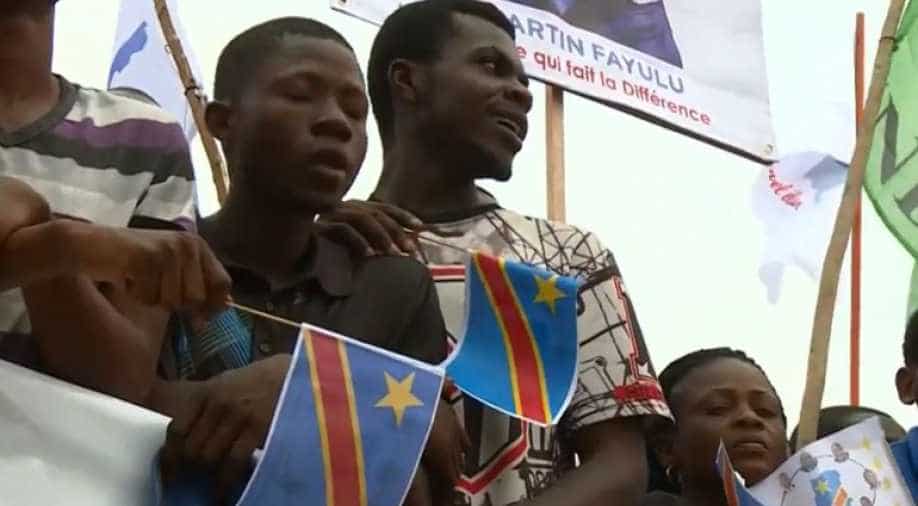 After repeated delays, presidential elections are due to be held on Sunday, although electoral authorities have postponed the vote until March in two regions troubled by violence.

Africa's second largest country, the Democratic Republic of Congo is rich in raw materials and minerals but cursed by deadly violence, insurgencies, graft and poverty.

After repeated delays, presidential elections are due to be held on Sunday, although electoral authorities have postponed the vote until March in two regions troubled by violence.

Here are key facts about the DRC:

Eighty times the size of its former colonial master Belgium, the DRC covers 2.3 million square kilometres (919,595 square miles) in the middle of Africa, behind only Algeria in area on the continent.

The majority of its population of 81.3 million people (World Bank, 2017) is Catholic.

As well as having access to the Atlantic Ocean it shares its borders with nine other countries: Angola, Burundi, Central African Republic, the Republic of Congo (also called Congo-Brazzaville), Rwanda, South Sudan, Tanzania, Uganda and Zambia.

While the official language is French, it has four indigenous national and 200 vernacular languages, hampering the forging of a national identity since independence in 1960.

The DRC is a nation plagued by conflict and disunity.

Army strongman Mobutu Sese Seko grabbed power in a coup in 1965, imposed the name Zaire and set up a dictatorial kleptocracy that lasted 32 years.

Rebel Laurent-Desire Kabila launched an armed campaign to overthrow Mobutu that drew in neighbouring countries. He seized power in 1997, renaming the country after the mighty Congo river.

Kabila expelled the forces of his Rwandan and Ugandan allies, sparking a war in the Kivu border region in which several African countries became embroiled.

The 1998-2003 conflict caused millions of deaths from violence, disease and starvation, called by some Africa's "Great War".

Many militia groups remain active in Kivu -- divided into North and South provinces -- which continues to suffer massacres, widespread rape and other atrocities.

Central Kasai province is another violence hotspot, with around 3,000 people killed in less than a year of unrest that erupted after soldiers killed a tribal chief in 2016.

Kabila's son Joseph inherited the presidency after his father was killed by a bodyguard in 2001.

He went on to win elections in 2006, the first free polls since independence, and a second term in 2011.

Kabila was meant to step down in 2016 but refused, prompting demonstrations met with bloody crackdowns.

After various delays, presidential elections are set for December 30. Polling will also take place for legislative and municipal bodies.

Aid agencies have accused all sides in DRC conflicts of using rape as a weapon of war to terrorise local populations.

South Kivu-based gynaecologist Denis Mukwege won the 2018 Nobel Peace Prize for his work with women who have been victims of sexual abuse.

The country also suffers from Ebola, the hemorrhagic fever named after a river in the north of the country, and cholera.

Its 10th outbreak of Ebola since 1976 was declared on August 1 and has claimed at least 285 lives, according to a health ministry update in early December.

A cholera epidemic has claimed 857 lives since the start of the year, the World Health Organization (WHO) said last month.

The DRC has the potential to be one of Africa's wealthiest countries "if it can overcome its political instability," the World Bank says.

It is the world's leading producer of cobalt, a key ingredient in top-range batteries including for smartphones and electric cars, and a top supplier of coltan, another mineral used for electronic products.

It is also Africa's top producer of copper and sits on hydrocarbons, tropical timber, gold, diamonds and other minerals.

But competition for the wealth has bred conflict, graft, smuggling and mismanagement.

It is ranked 176 out of 188 for its human development (UN Human Development Programme) and 161 out of 180 for corruption (Transparency International).