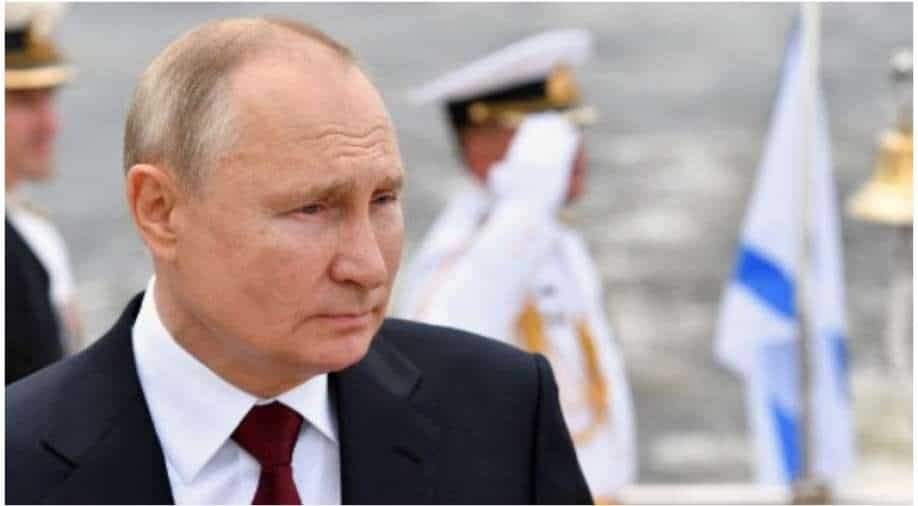 Without taking names, Putin slammed some western countries to send refugees from Afghanistan to neighbouring Central Asian countries while their visas to the United States and Europe are being processed, RIA news agency quoted him as saying.

Russian President Vladimir Putin on Sunday said the ongoing conflict in Afghanistan would directly impact the security situation in Russia, while adding that he does not want Afghanistan militants arriving under the guise of refugees, local Russian media reported.

"Does that mean that they can be sent without visas to those countries, to our neighbours, while they themselves (the West) don't want to take them without visas?" TASS news agency quoted Putin as saying.

"Why is there such a humiliating approach to solving the problem?" he added.

His remarks came days after Putin demanded the countries to stop interfering in Afghanistan, saying the west “must stop the irresponsible policy of imposing foreign values from abroad”.

The Russian president said he hoped the Taliban would “guarantee the security of locals and foreign diplomats” and that the country would not break apart after the withdrawal of US-led forces.

Despite several western countries decrying the Taliban takeover of Afghanistan, some regional countries like Russia and China have been attempting to establish formal relations with the militia group.

Recently, Russian Ambassador to Afghanistan Dmitry Zhirnov declared that the Taliban are the “de facto” authority in the restive country.