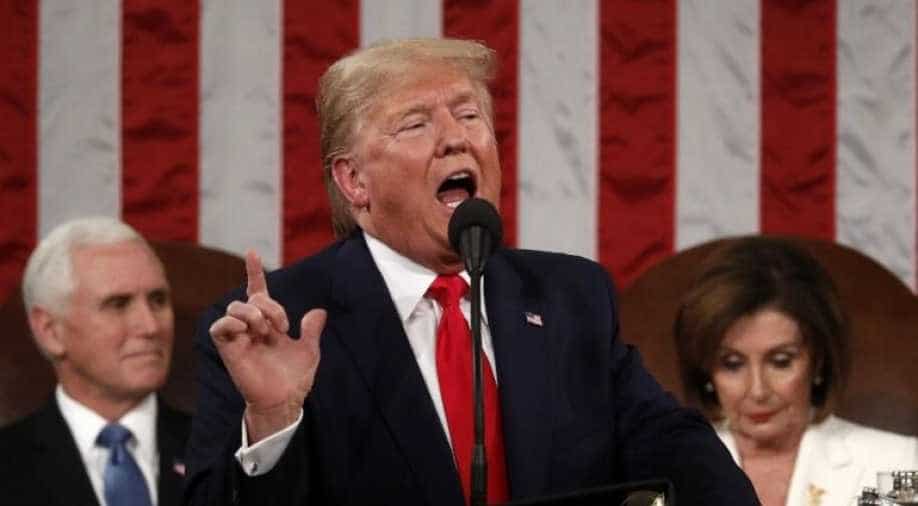 During his ''State of the Union'' address, United States President Donald Trump blasted the ''Sanctuary city of New York''

During his ''State of the Union'' address, United States President Donald Trump blasted the ''Sanctuary city of New York''. Trump was alluding to the rape and murder of a 92-year-old woman by an ''alien'', the US colloquial for illegal immigrants.

“New York City’s sanctuary policies continue to threaten the safety of all residents of the five boroughs as they repeatedly protect criminal aliens who show little regard for the laws of this nation”, Trump said.

Trump claimed that the city had failed the woman by not turning over the immigrant to agencies to pursue deportation.

Also read: EXPLAINED: What is the State of the Union address

“Tragically, there are many cities in America where radical politicians have chosen to provide sanctuary for these criminal illegal aliens. In sanctuary cities, local officials order police to release dangerous criminal aliens to prey upon the public, instead of handing them over to ICE to be safely removed,” Trump said in his speech.

“Just 29 days ago, a criminal alien freed by the sanctuary city of New York was charged with the brutal rape and murder of a 92-year-old woman. The killer had been previously arrested for assault, but under New York’s sanctuary policies, he was set free. If the city had honoured ICE’s detainer request, his victim would be alive today,” the president said. 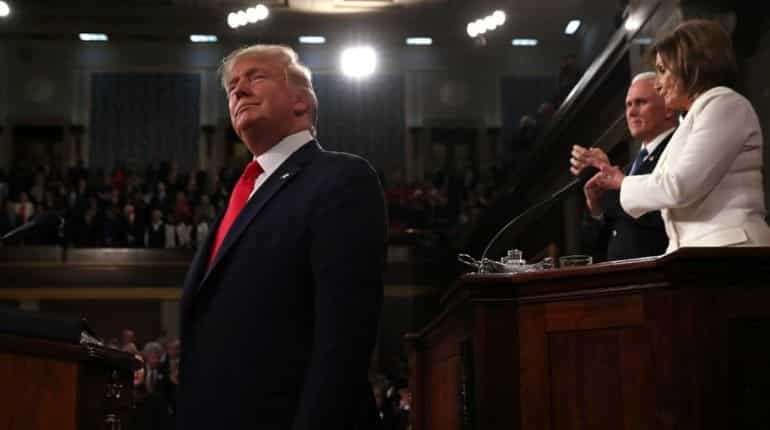 The alien in question is Reeaz Khan, an immigrant from Guyana. The Post reported that they had put forward a detainer request with the New York Police Department against Khan, who was busted for attacking his dad with a ceramic mug, which gave his father injuries in the chest and the arm.

The perpetrator was then charged with assault, harassment, criminal possession of a weapon, but was later released without bail.

Also read: Our borders are secure, our values are renewed and pride restored: Trump in State of the Union address

Almost a month and a half after this incident, Khan was found responsible for the murder of Maria Fuertes, 92, who was found in a near-death condition on a Richmond Hill pavement on January 6 at about 2 am.

According to court papers, the victim remained deserted on the pavement for about two hours after being assaulted and strangled. She succumbed to her injuries at a hospital. Her injuries included a broken spine, rib fractures, etc.

Khan was identified as the attacker by his brother, who had informed the cops.

Trump blasted New York's law enforcement and said, “It was a deadly choice to release a man on an active ICE detainer back onto the streets after his first arrest included assault and weapon charges, and he now faces new charges, including murder,” Decker said.

In pictures: Highlights from Trump's reality-TV style State of the Union address