How exactly did Jesus Christ die? This doctor-turned-priest may have some answers 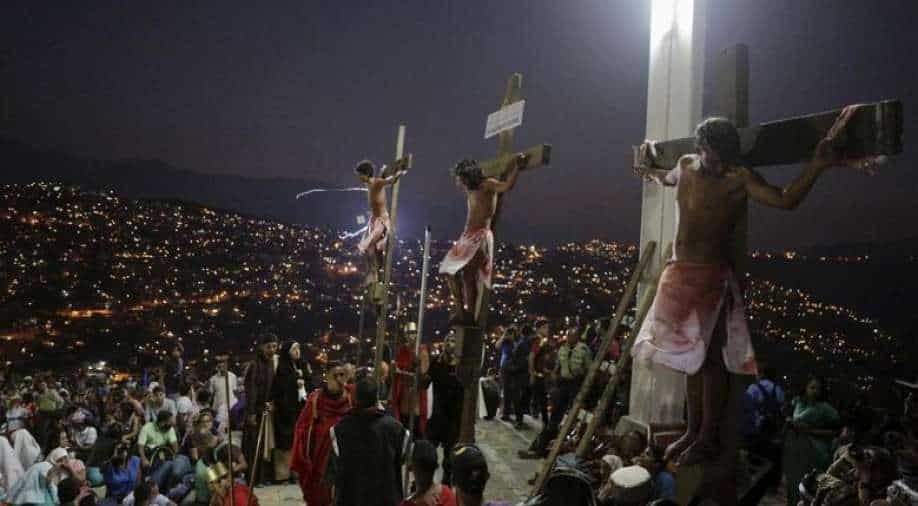 For the first time, a doctor-turned priest has attempted to provide a scientific analysis of Jesus’ death.

It is known that the death of Jesus Christ occurred somewhere between AD 30 and AD 33.

It is not only attested by the ancient sources but is also considered an established fact by many.

According to the Bible, Jesus fell while carrying the cross to Calvary, the skull-shaped hill in ancient Jerusalem, on his way to his own crucifixion.

A Roman soldier stabbed Jesus' side with a spear after the crucifixion, causing blood and water to stream forth.

Even though many know how Jesus died, the mysteries surrounding the cause of his death have always perplexed the experts.

However, a doctor-turned priest, for the first time, has attempted to provide a scientific analysis of Jesus’ death.

The Rev. Prof Patrick Pullicino, a former consultant neurologist at East Kent Universities Hospitals NHS Trust who since retirement has become a priest, has published his theory in the latest edition of Catholic Medical Quarterly (CMQ).

In his research paper, the London-based doctor claims that Jesus Christ may have died as a result of complications related to his dislocated right shoulder, reports the Telegraph.

He based his hypothesis after analysing a work conducted by forensic experts on the Shroud of Turin, also known as the Holy Shroud—a linen cloth bearing the negative image of a man which allegedly depicts the image of Jesus of Nazareth.

It is claimed that the fabric, which has been preserved since 1578, is the burial shroud in which Jesus Christ was wrapped after the crucifixion.

Pullicino argued that the image on the shroud shows a guy with a dislocated shoulder, but he thought the position was particularly significant: the right hand is 10cm lower than the left.

He argues that as Jesus was stretched out for crucifixion, the subclavian artery (a pair of major arteries in the thorax that feeds blood to the thorax, head, neck, shoulder, and arms) ruptured, causing tremendous internal haemorrhage, the collapse of the circulatory system, and death.

As a result, the space between the ribcage and the lung would be filled with around three quarts of blood.

He claims that this new hypothesis explains why Jesus' blood flowed out when he was pierced.