Delays at New York airport due to shutdown staff shortages 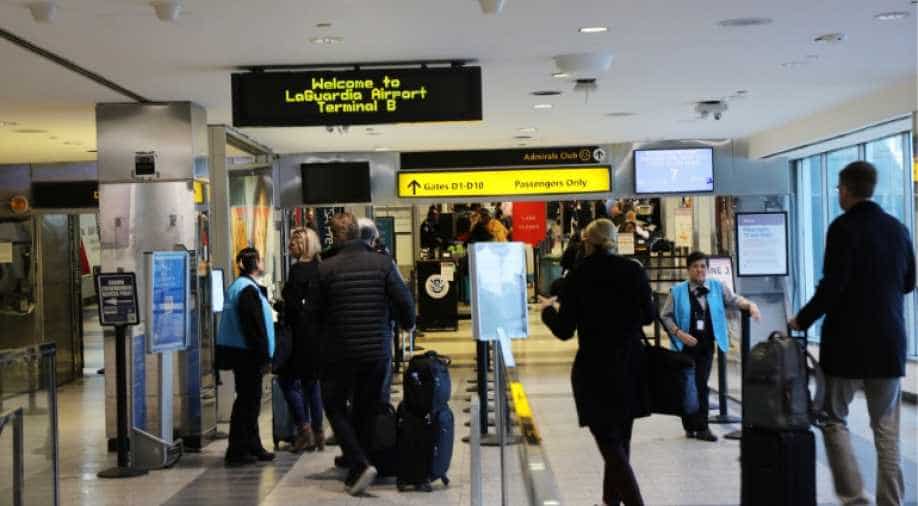 An FAA spokesperson said the disruption caused by a 'slight increase in sick leave' during the record five-week halt, which has also hit nearby Newark and Philadelphia airports.

An FAA spokesperson said the disruption caused by a "slight increase in sick leave" during the record five-week halt, which has also hit nearby Newark and Philadelphia airports.

"We've mitigated the impact by augmenting staffing, rerouting traffic and increasing spacing between aircraft when needed," the spokesperson added.

"The results have been minimal impacts to efficiency while maintaining consistent levels of safety in the national airspace system."

By early afternoon the FlightAware flight tracking site reported that some 267 departing flights and 272 arrivals had experienced delays, accounting for 44 percent of all traffic.

Most federal workers in American airports were on their 35th day of working without pay due to a feud between Democratic lawmakers and Trump, who is demanding cash for a US-Mexico border wall.

Trump announced in the afternoon he would temporarily end the shutdown after reaching a deal with Democrats to fund the government for the next three weeks, while dropping previous insistence on immediate funding.

Passenger Chris O'Connor said she faced an about an hour delay to her flight after boarding, exiting and then being boarded again.

"I feel bad for them, not getting paychecks," she said of the various unpaid federal employees including screening agents and air traffic controllers, who are now set to receive back pay.

The impact of the deadlock on aviation security had caused experts and Democratic lawmakers to raise alarm.

House Speaker Nancy Pelosi warned on Twitter that the shutdown was "pushing our airspace to the breaking point."

Democratic National Committee chairman Tom Perez warned that "when our air traffic shuts down, the damage to our economy is enormous, millions of Americans are affected and our national security is endangered."

Without commenting on possible causes for the delays or how to resolve them, White House spokeswoman Sarah Sanders said the president had been briefed and the White House was monitoring the situation.

- Aviation leaders' warnings -
Earlier this week, leaders of the National Air Traffic Controllers Association, Air Line Pilots Association and Association of Flight Attendants warned that if the deadlock did not end soon, flights could be cut back around the country.

Control tower staffing is at a 30-year low due to no-shows and the national flight grid was only holding up due to overtime work by controllers, some of whom are working 10-hour days and six-day working weeks.

Air traffic controllers, transportation security officers, safety inspectors and air marshals were not furloughed and have been working without pay.

"As predicted, the system is starting to unravel. This is only the beginning. Our safety professionals from @NATCA are fatigued, worried, and distracted," tweeted AFA-CWA flight attendant union president Sara Nelson.

United Airlines said it wasn't anticipating significant disruptions, but added that it was an illustration of the "escalating impact of the government shutdown" and the need for the federal government to re-open.

Inside terminals in major airports, passenger inspection times are lengthening due to an increasing number of workers for the Transportation Safety Administration not showing up.

The TSA said this week there was a 7.6 percent absence rate, compared to three percent a year ago.

Many of the workers are facing financial difficulties and some are unable to pay for transport to get to work or for childcare.