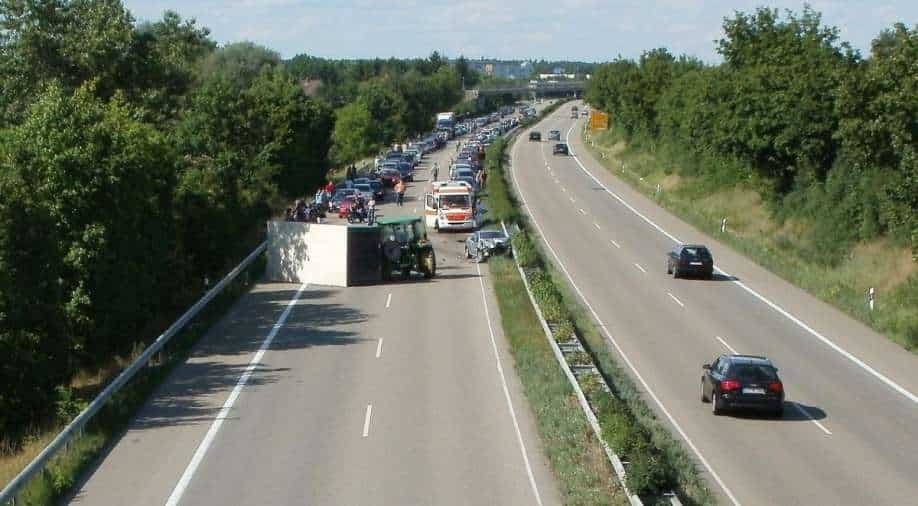 In a rare moment at United Nations, Russia, Ukraine and other Western countries agreed to be on the same page over a key UN road safety issue meeting, thanks to deft diplomacy by President of United Nations General Assembly Abdulla Shahid and Indian Diplomat Nagraj Naidu.

United Nations General Assembly will convene a high-level meeting on road safety in New York from 30 June – 1 July that will see the adoption of the political declaration. It is being touted as the most awaited event during the current 76th session of the General Assembly.

Speaking to WION, President of United Nations General Assembly Abdulla Shahid said, "These very testing times, to have member states rise above their differences and reach consensus on a very pressing issue such as road safety is nothing but the triumph of multilateralism."

In the backdrop of the Russian invasion of Ukraine, the meeting and adoption of the political statement were headed for a derailment. Russia and Cote d’Ivoire were the co-facilitators of the road safety process, and many Western European and Others Group (WEOG) countries including the US, Canada, New Zealand and the EU as a group joined by Japan and South Korea wanted the President of the General Assembly to remove the Russian delegate as one of the co-facilitators of the process.

The WEOG countries refused to engage on any elements of a draft text that were previously used by the Russian and Cote d’Ivoire co-facilitators.

He explained, "When the road safety process led by the cofacilitators - Russia and Côte d’Ivoire reached a stalemate, as the President of the General Assembly, I had a responsibility of delivering a political declaration for the High Level Meeting on Global Road Safety".

"I have termed my Presidency as the “Presidency of Hope”, and I am firmly of the view that while Member States have their views on issues, it’s always possible to bring everyone together," he added.

He said, "When the process came back to me, I assured Member States that I would have my Office lead a transparent process and deliver a political declaration that would be concise, and action-oriented."

Highlighting how all parties were brought together, he said, "We had very limited time, less than two weeks, but also had to deliver an ambitious political declaration. What we set out in all sincerity, is what we achieved", and pointed, "this is a victory for multilateralism. Together, we can always deliver."

Amidst the stalemate, no forward movement on the process took place. Even the "silence procedure" was soon broken on the draft text submitted by the Russian and Cote d’Ivoire co-facilitators.

Member states had given up hope that a political declaration on road safety, a completely non-political process could be held up because of the ongoing conflict between Russia and Ukraine.

However, following President Shahid’s decision to have the intergovernmental consultations on the political declaration led by his Chef de Cabinet Ambassador Naidu, a new draft text was soon circulated among the member states.

With just three informal meetings and a lot of skilful negotiations behind the scenes with key delegations including Russia and Ukraine, it was ensured that the "silence" on the text was not broken by 6 pm on 27 June.

Also, starting on Thursday morning, a floral bouquet will be displayed in the General Assembly lobby, in memory of those who have been victims of road-related crashes globally. The flowers will be available until Friday evening.

Each year, road traffic crashes cause nearly 1.3 million preventable deaths and an estimated 50 million injuries – making it the leading killer of children and young people worldwide. Nine of every ten road traffic deaths occur in low- and middle-income countries. One of four is a pedestrian or a cyclist.