Deeply concerned over US warship sailing through Taiwan Strait: China 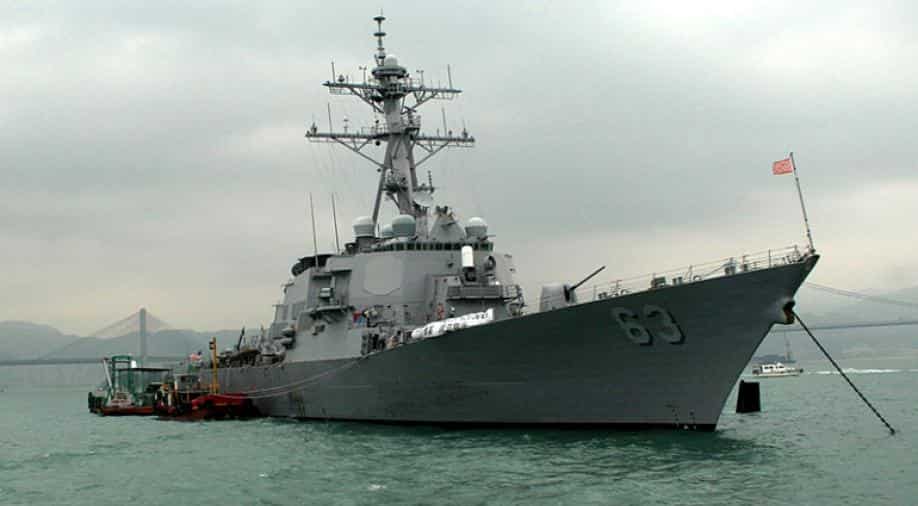 China claims self-ruled and democratic Taiwan as its own and has never renounced the use of force to bring it under Beijing's control.

China expressed "deep concerns" on Thursday over a US Navy warship sailing through the Taiwan Strait, a day after Beijing warned that it was ready for war if Taiwan moved toward independence.

A Chinese foreign ministry spokeswoman in Beijing said China had "expressed deep concerns to the US side" over its latest action in the strait separating China from Taiwan.

"The Taiwan question is the most sensitive and important issue between China and the US," spokeswoman Hua Chunying told a regular press briefing.

"We urge the US to abide by the "One China" principle and the three joint communiques, to be prudent and act appropriately with regards to Taiwan so that it doesn’t harm China-US relations and the peace and stability in the Taiwan Strait's region."

China claims self-ruled and democratic Taiwan as its own and has never renounced the use of force to bring it under Beijing's control.

On Wednesday, China warned that it is ready for war if there was any move toward Taiwan's independence, accusing the United States of undermining global stability and denouncing its arms sales to the self-ruled island.

"The (ship's) transit through the Taiwan Strait demonstrates the US commitment to a free and open Indo-Pacific," Commander Clay Doss, a spokesman for the US Navy's Seventh Fleet, said in a statement on Wednesday. "The US Navy will continue to fly, sail and operate anywhere international law allows," he added.

The voyage risks further raising tensions with China but will likely be viewed by self-ruled Taiwan as a sign of support from US President Donald Trump's administration amid growing friction between Taipei and Beijing.

Taiwan's defence ministry said the US ship had sailed north through the Taiwan Strait in its freedom-of-navigation voyage and Taiwan had monitored the mission.

"Taiwan makes no compromise on its freedom, democracy and sovereignty," President Tsai Ing-wen told reporters in Taipei, when asked to comment on the US warship's passage through the strait.

China has been ramping up pressure to assert its sovereignty over Taiwan, which it considers a wayward province of "one China" and sacred Chinese territory.

On Wednesday, Chinese Defense ministry spokesman Wu Qian told a news briefing on a defence white paper, the first like it in several years to outline the military's strategic concerns, that China would make its greatest effort for peaceful reunification with Taiwan.

"If there are people who dare to try to split Taiwan from the country, China's military will be ready to go to war to firmly safeguard national sovereignty, unity and territorial integrity," he said.