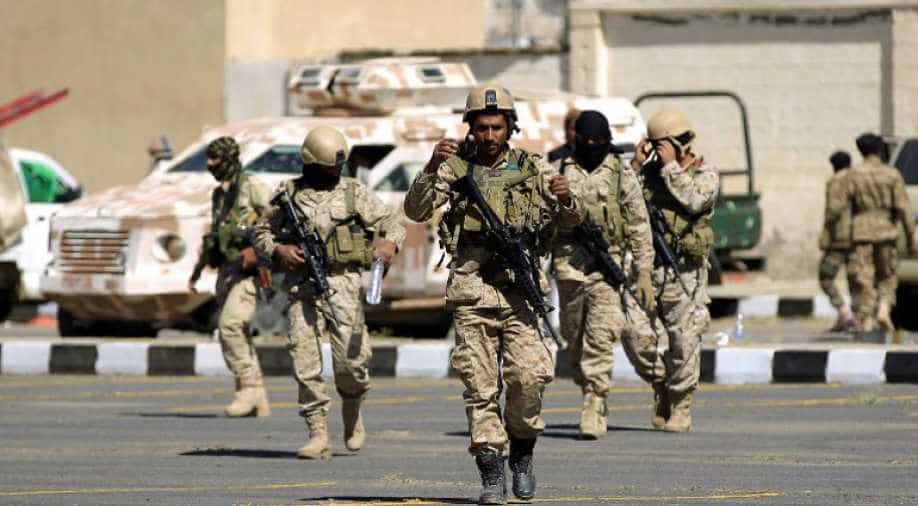 Shiite Huthi fighters walk outside in front of al-Saleh mosque in the Yemeni capital Sanaa on November 30, 2017. Photograph:(AFP)
Follow Us

The violence threatens an alliance that has held the capital and much of the north of Yemen in defiance of the Saudi-backed government for more than three years.

Huthi fighters, also known as Ansarullah, surrounded the homes of two of Saleh's nephews late on Thursday, a source in Saleh's forces said.

"We were surprised by an armed attack by Ansarullah targeting the guards of the house of Brigadier Tareq Saleh, which left three dead and wounded three others," the ex-president's General People's Congress said. "We hold Ansarullah fully responsible."

The Huthis said there were "clashes in some streets of south Sanaa," in a statement released on their Saba news agency, without giving further details of their location or any casualty toll.

One source at the Jumhuriya hospital said late on Thursday that the death toll from the infighting had risen to as many as 18 rebels and six Saleh loyalists.

Saleh and the Huthis forged an unlikely alliance in 2014, ending decades of enmity to join ranks in fighting against Yemen's internationally recognised President Abedrabbo Mansour.

The infighting now threatens to unravel the fragile alliance, which has been battling a Saudi-led military intervention in the war since March 2015.

The conflict has since claimed more than 8,600 lives and triggered what the United Nations has described as the world's worst humanitarian crisis.