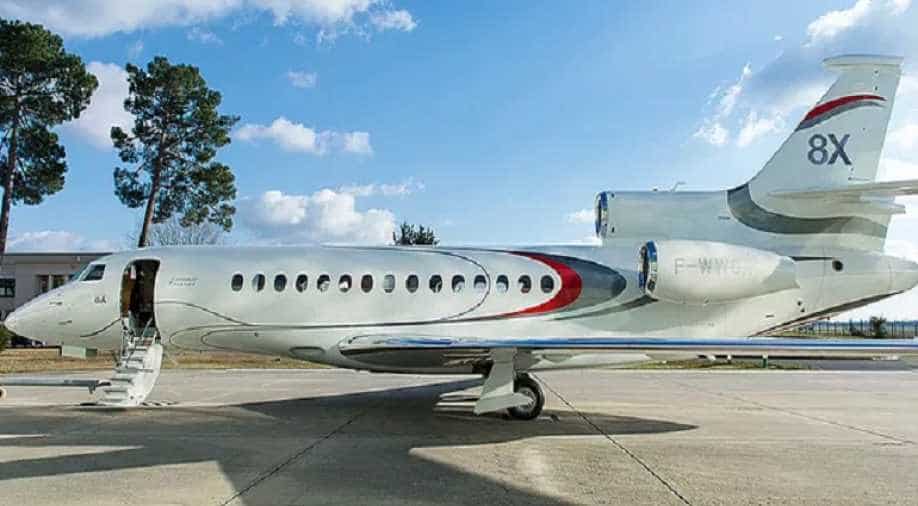 Dassault Aviation launched a new long-range business jet on Wednesday, renewing a battle with Gulfstream at the top end of the market for business jets as demand for the status symbol recovers from a prolonged recession.

The new Falcon 6X plane will be able to fly from London to Los Angeles and will enter service in 2022, Chief Executive Eric Trappier told journalists at a business aerodrome outside Paris.

"It will feature the most spacious cabin in the long-range segment," Trappier said in a vast showroom for prestige jets, adding that it would sell for $47 million.Dassault launched the plane two months after scrapping its large-cabin Falcon 5X model, citing problems over a three-year delay in the Silvercrest engine developed by Safran.

The aircraft announced on Wednesday will instead be powered by PW800 engines from Pratt & Whitney Canada.

That is slightly further than the abandoned model which had been due to fly 5,200 nautical miles, or from Riyadh to Tokyo.

Dassault - key partners on French military projects such as the Rafale fighter plane.Safran Aircraft Engines Chief Executive Oliver Andries said on Tuesday there had been problems in getting the high-pressure compressor - the nucleus of a jet engine which increases the pressure of air before it reaches the combustor - to operate throughout the flight 'envelope' required by Dassault.

Addressing this would have required fresh work and delays for the 5X programme. Safran says it is now working to optimise the same engine component for Textron's Cessna Citation Hemisphere, the sole remaining Silvercrest customer.

Asked if the engine row had upset Dassault's strategy, Trappier said the engine setback had posed a strategic issue for Safran rather than for Dassault, which continued to work with several engine makers. Safran says it will seek new buyers.

Trappier dismissed suggestions that Dassault had cooled to the Falcon 5X, saying the proposed plane had not had any significant problems in tests other than the engine delays.

Sales of business jets halved from their peak of 1,317 in 2008 as the financial crisis beckoned to 661 in 2016, according to the U.S.-based General Aviation Manufacturers Association, but Trappier said last month there were signs at last of a recovery.