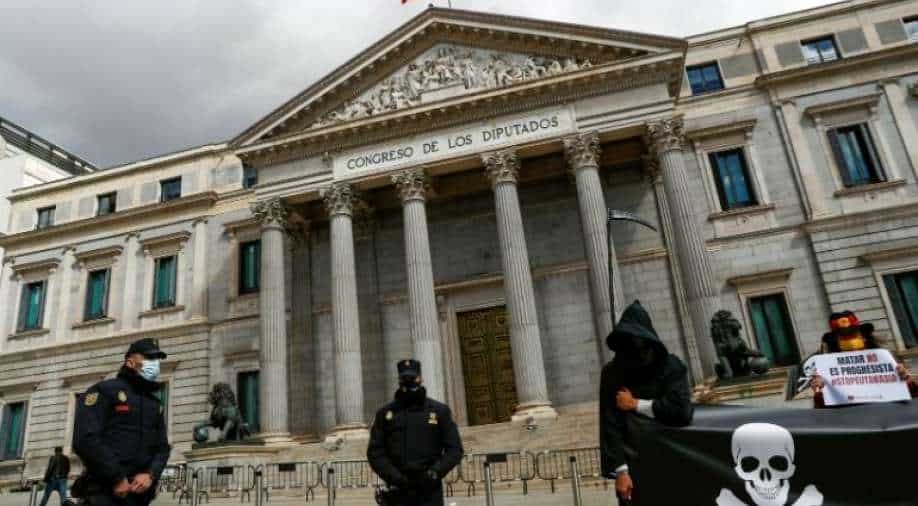 Introduced last March, the state of emergency allowed the government to temporarily limit civil liberties, confining almost all Spaniards to their homes and shutting down all but essential industries

Spain's Constitutional Court ruled on Wednesday that strict home confinement included in a national state of emergency to curb the first wave of COVID-19 infections last year was unconstitutional.

Introduced last March, the state of emergency allowed the government to temporarily limit civil liberties, confining almost all Spaniards to their homes and shutting down all but essential industries.

The Constitutional Court said in a statement it had annulled by a simple majority some articles of the state of emergency decree related to the free movement of citizens. The complete ruling will be released in a few days.

By voiding the emergency decree, the ruling opens the door to the cancellation of fines for breaching lockdown restrictions imposed during the period.

Also read | Spain to open tourism, but only for 'Covid passport' holders

The court's decision comes in response to a petition filed by far-right party Vox, which argued the measures were overly harsh and constituted a suspension rather than a limitation of civil liberties.

Vox argued the restrictions required the passing of a "state of exception," which is one rung above a state of emergency and requires parliamentary approval rather than just a green light from the cabinet.

On Wednesday evening, Spain's Justice Minister Pilar Llop said that the government respected the criteria of the six judges of the Constitutional Court who ruled against the confinement but added that measures adopted were defended by five other judges of this court.

During a deadly first wave of infection, Spain imposed one of the strictest lockdowns in Europe, only allowing people to leave their homes to go to work, buy food or visit a pharmacy or hospital.