COVID-19 can spread 1 to 3 days before symptoms emerge: Study 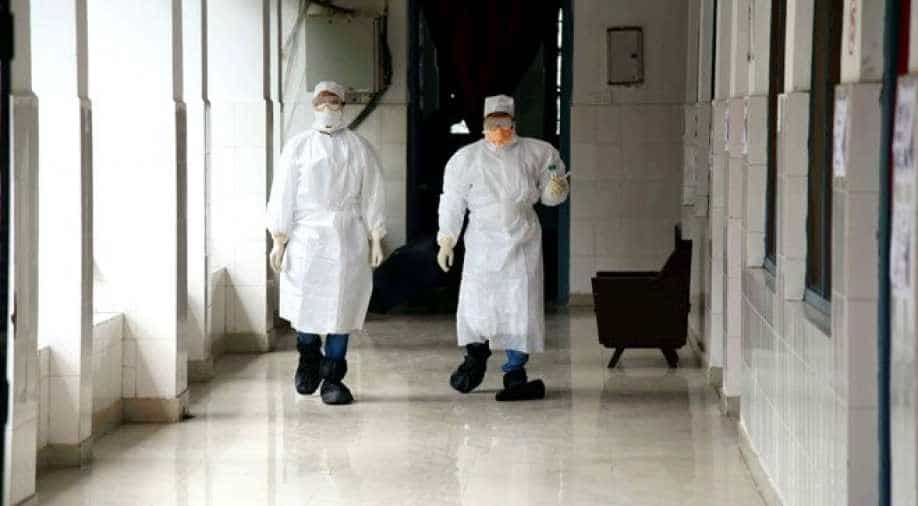 She was arrested at her home on Friday, and accused of being part of the Communist Party of the Philippines' central committee. Photograph:( IANS )

The study by the US Centres for Disease Control and Prevention (CDC) underscores the importance of social distancing in the fight against COVID-19.

Patients infected with COVID-19 can transmit the deadly virus one to three days before the emergence of symptoms, according to the latest study published by the US Centres for Disease Control and Prevention (CDC).

The study looked at 243 cases reported in Singapore between January 23 and March 16. This is the second study of its kind that highlights the threat of silent carriers or asymptomatic patients in the fight against COVID-19.

In pics: Here is a guide to key coronavirus terms

On January 23, Singapore recorded its first case of COVID-19. By March 16, the island city-state had recorded 243 cases, including 157 locally-acquired cases. Among the 243 cases, researchers identified seven groups of people, who could have transmitted the virus before displaying symptoms.

In pics: Famous politicians who got tested for or have contracted coronavirus

In the next step, researchers checked if these patients had come in contact with anyone during that period. The conclusion: some COVID-19 positive patients had started transmitting the deadly virus to others one to three days before they started showing symptoms.

In pics: Did Russia have prior knowledge of coronavirus pandemic?

Under the current system, officials trace all the persons who may have come in contact with an infected person. mostly, after the infected person starts displaying symptoms.

However, researchers have an advice to public health officials.

"Public health officials conducting contact tracing should strongly consider including a period before symptom onset to account for the possibility of presymptomatic transmission," said the research report. That means: trace all the people who may have been exposed to the infected person one or three days before symptoms began to show.

There is another concern. With the focus currently on testing only people who show symptoms, the researchers expect asymptomatic illness to go under-detected.

For the first time since the outbreak, China has reported the number of asymptomatic cases -- that’s people testing positive for COVID-19 without showing any symptoms. The current count stands at 1,300 confirmed cases. But, according to the south china morning post, the number could be as high as 40,000.

According to the researchers of this study, the potential for presymptomatic transmission underscores the importance of social distancing -- including the avoidance of congregate settings -- to reduce COVID-19 spread.

Additionally, officials will need to carry out testing and contact tracing in greater numbers.