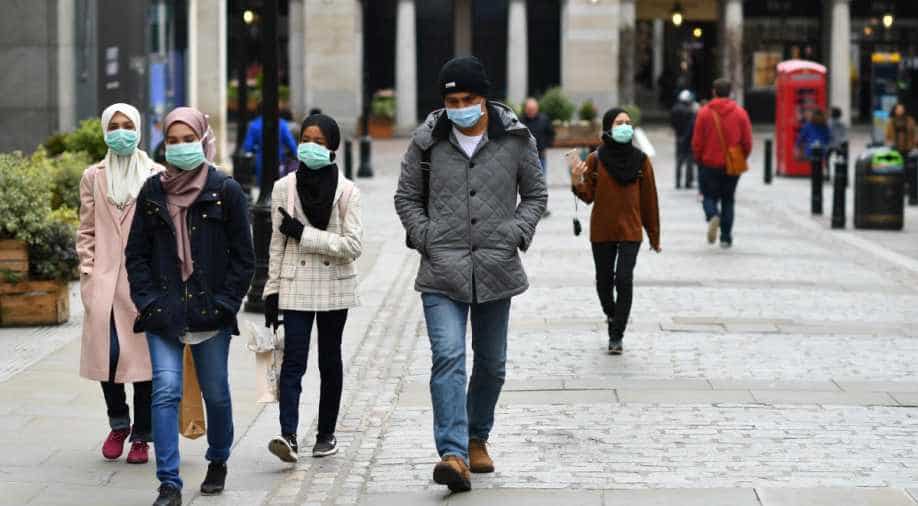 Moscow has imposed new virus restrictions and ramped up testing.

A study has revealed that nearly one in five children in the United States are not getting enough food to eat due to the coronavirus outbreak.

The Brookings Institution has found that more than 17 per cent of mothers with children less than 12 years of age reported that their kids were not eating enough due to lack of money.

After recording over 10,000 cases for 4 days in a row, Russia on Thursday recorded another record jump in the number of cases. 11,231 new cases were recorded in 24 hours. Taking the total number of cases in the country to over 177,000.

Moscow has imposed new virus restrictions and ramped up testing.

Syria has postponed a parliamentary election for a second time to contain the spread of the coronavirus.

The Syrian government has recorded 44 cases, including three deaths in areas under its control, while the Kurdish administration in northeastern Syria has reported three cases, including one death.

The election scheduled for May 20 has now been pushed back to July 19.

Six members of the police force in Bangladesh have lost their lives due to COVID-19. Over a thousand are receiving treatment at the central police hospital in Dhaka. Another 1,260 are in quarantine at home and 1,089 are in isolation.

The police have promised to pay $12,000 to the families of any members who succumb to the disease. In addition to other government remuneration.

Firefighters have designed a disinfection station in northwestern Spain to contain the spread of the coronavirus. The portable station will make it easier for health staff to disinfect their protective equipment by simply standing under the structure. The station is made at a cost of under 300 euros.

A team of engineers in Indonesia have produced a compact ventilator in two months. Which will be sold at a fraction of the usual cost. The machines are the size of a mini-oven and have been assembled using household materials.

The team aims to sell the machines for less than $1,000 each which is way less than the typical $20,000 to $25,000. They hope that this will accelerate the fight against the virus and tackle the shortage of ventilators.

Priests in chile have been holding confession drive-throughs. Outside a catholic school in Santiago. Wearing face masks, the priests hear confessions while others wait for their turn in their cars.

A new Banksy artwork celebrates the contribution of health care workers. The mural by the anonymous artist shows a young boy choosing a nurse as his superhero -- over conventional superheroes like batman and spiderman. The painting was unveiled at the University Hospital Southampton in southern England on Wednesday.