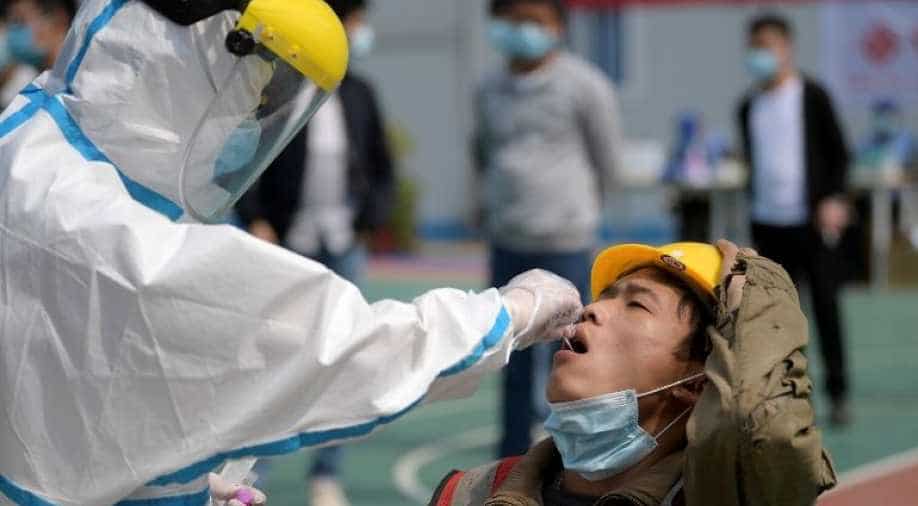 Latest developments in the coronavirus pandemic across the globe.

The hospital lies 8 kilometres off the south coast of England.

A mother who successfully fought the novel coronavirus was reunited with her newborn baby for the first time.

Isabel Gonzalez was admitted to the Massachusetts general hospital 2 weeks ago. She delivered the baby on the March 30.

Over a hundred shoppers lined up at a Chanel store in Seoul after rumours of price hike spread across city.

Some shoppers lined up as early as 5 am even though the store had issued tickets online to keep order.

UK royals, including the queen, paid a tribute to nurses around the world on International Nurses day.

They interacted with healthcare workers from Australia, India, Africa and the Caribbean.

Parisians flocked to cosmetics stores and beauty parlours a day after exiting an 8-week lockdown.

Non-essential shops including factories and non-essential businesses reopened for the first time in eight weeks.

275 health and social care professionals have died in the UK due to the Wuhan virus.

Saudi Arabia will enforce a countrywide 24-hour curfew during the five-day eid holiday.

The curfew will apply from May 23 to May 27 following the end of the fasting month of ramadan. Commercial and business enterprises will remain open till then.

US lead virus expert Anthony faFuci said the actual death toll in the US could be higher then the official figure as those who could not get access to the health care system may not have been included in the official toll.

Fauci also warned against relaxing lockdowns too soon, saying the consequences could be serious.

Germany, France, Austria and Switzerland will relax border restrictions from this weekend. Currently only selected border crossings are open.

London mayor Sadiq Khan has opposed the restart of premier league football next month as the situation isn't conducive for resumption of sports.

Pakistan’s military has sought an additional outlay of Rs 63.69 billion to cover a 20 per cent increase in the salaries of the personnel of the army, navy and air force amid cost-cutting and austerity measures by the civilian government.

A memorandum submitted to the finance division by the defence ministry on May 8 stated the increase in salaries during fiscal 2020-21 is needed because of various factors that have ''affected the fiscal space and livelihood of armed forces personnel.''

Japan's country office has announced plans for a future society called ''society 5.0'', under which people will be given access to avatars or remote-controlled robots with the aim to build a society without physical constraints.

Big chunks of Chinese rockets weighing 17.8 tonnes fell from the sky. It was the biggest chunk of space debris to make its way back since 1991.

Ashraf al-Helw, is a third generation lion tamer, has converted his living room into a circus so he can entertain people by live streaming performances.