Coronavirus 'not yet' under control, lifting lockdown too soon: Anthony Fauci 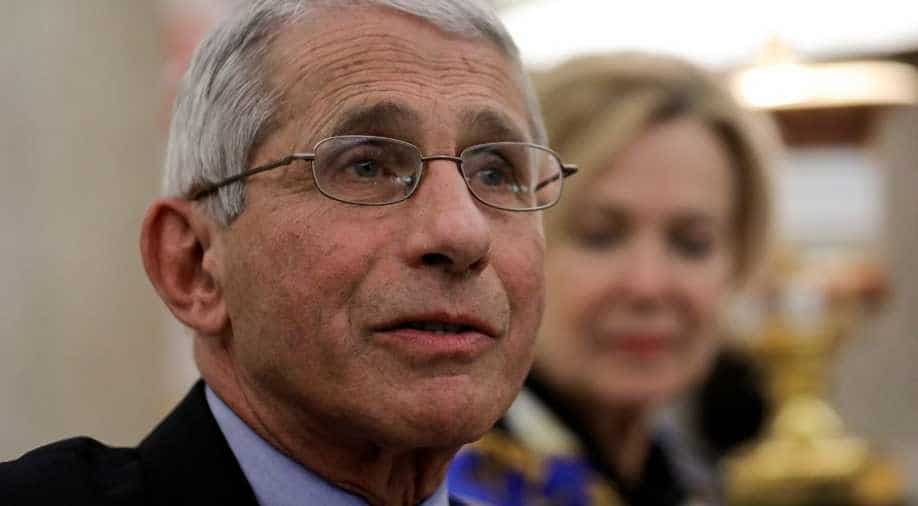 Fauci told the US Senate panel that the novel coronavirus is not yet under control in the areas of the country.

The key member of White House coronavirus taskforce Anthony Fauci has warned Congress over a premature end to the lockdown in the country. Fauci during his testimony to the Senate panel on Tuesday said that if that the early lifting of lockdown could additional outbreaks for the coronavirus.

Fauci told the US Senate panel that the novel coronavirus is not yet under control in the areas of the country.

US President Donald Trump has constantly voiced in favour of the country's economy. He has encouraged the states to end the weeks-long shutdown on major economical components of the country.

Anthony Fauci has worked under Democratic and Republic administrations and has seen the progress against the disease that the medical world is trying to understand.

Fauci has noted slowing growth of cases in various hotspots including country's epicentre, New York. But some areas do show a surge in cases.

Some states in the United States have started lifting the lockdown, reigniting the economy, while others plan to begin with the phase-in mid-May. According to the opinion polls, most of the Americans are concerned as they feel that the country is reopening too soon.

"There is a real risk that you will trigger an outbreak that you may not be able to control and, in fact paradoxically, will set you back, not only leading to some suffering and death that could be avoided but could even set you back on the road to try to get economic recovery," said Fauci.

During the US Senate panel meeting, Democrats in the health committee were concerned about opening the US economy too soon, however, the Republicans downplayed the fear by saying that extended shutdown might have repercussions on human as well as economy's health.

When asked whether college students can feel safe and if classes return to campuses in late August or early September, Fauci said that expecting a treatment or vaccine to be in place by then would be "a bridge too far."

79-year-old Anthony Fauci testified in the corner of the room as he under self-quarantine.
He may have come into contact with either of two members of the White House staff who later tested positive.

"All roads back to work and back to school run through testing and that what our country has done so far on testing is impressive, but not nearly enough," Lamar Alexander, the Republican chairman of the Senate committee, told the hearing.

Whereas Senator Patty Murray, the senior committee Democrat, criticizing aspects of the administration's response to the pandemic, said Americans "need leadership, they need a plan, they need honesty and they need it now before we reopen."

Man sentenced to eight years in Russia for sharing secrets with China: Report