Coronavirus could spread 'rapidly' through a speech: Study 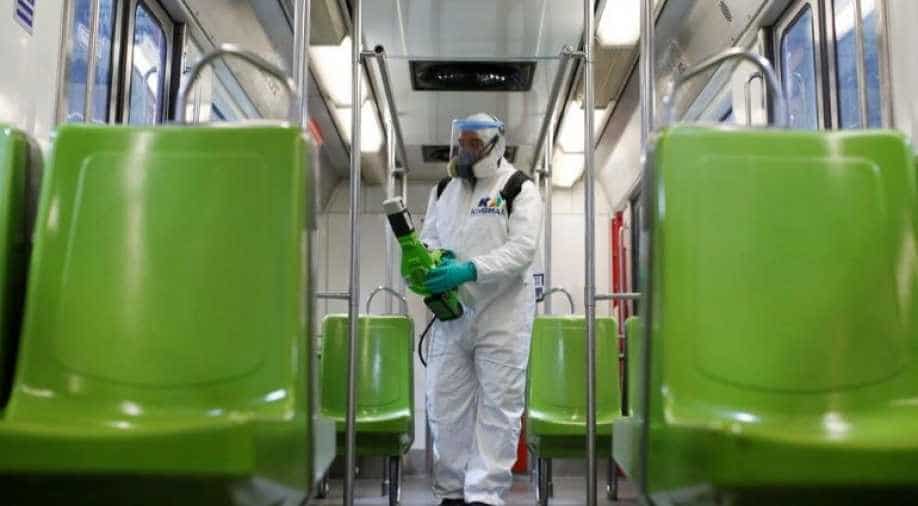 According to the study published in the journal Proceedings of the National Academy of Sciences of the United States of America (PNAS), These illuminated droplets stayed in the air for 12 minutes

A study based on coronavirus showed that microdroplets generated during speech can remain suspended in the air for about 10 minutes and it could play a major role in spreading of the virus.

Researchers at the National Institute of Diabetes and Digestive and Kidney Diseases (NIDDK) asked a person to loudly repeat the phrase "Stay Healthy" for 25 seconds inside a closed box. After that, a laser was projected into the box that illuminated the droplets. These droplets could be seen and counted.

Also read: Just like HIV, coronavirus may never go away: WHO expert warns

According to the study published in the journal Proceedings of the National Academy of Sciences of the United States of America (PNAS), These illuminated droplets stayed in the air for 12 minutes.

After knowing the concentration of coronavirus in the saliva, the scientists estimated that after around one minute of loudly speaking it could generate 1,000 droplets that will contain the virus. These droplets will survive for eight minutes or more in a confined place.

Researchers said: "This direct visualization demonstrates how normal speech generates airborne droplets that can remain suspended for tens of minutes or longer and are eminently capable of transmitting disease in confined spaces."

The same team has observed that speaking less loudly will generate fewer droplets. This work was published in April in the New England Journal of Medicine.

If the infectiousness of coronavirus could be confirmed, it will give a boost to recommendations in many countries to wear masks while explaining virus spread.