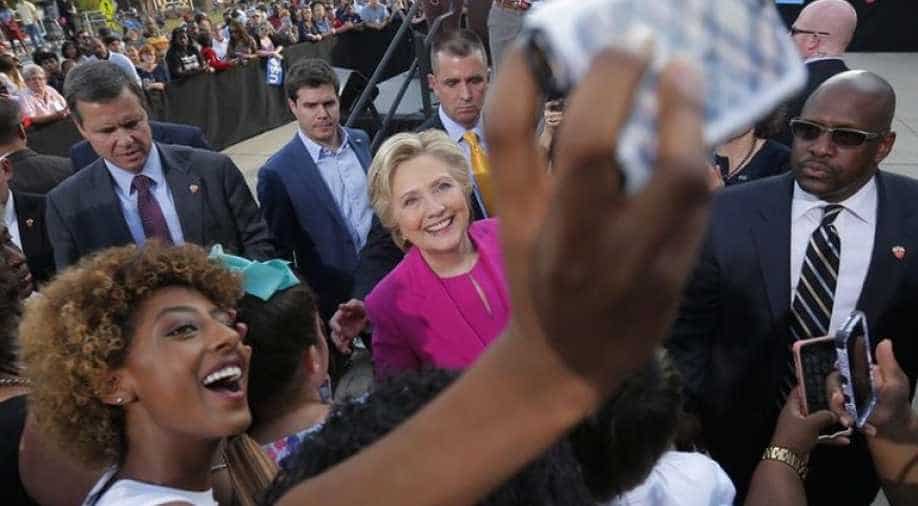 Hillary Clinton poses for a selfie with a supporter at a campaign rally in North Carolina, US on November 3. Photograph:( Reuters )

A federal judge in US has allowed voters from Colorado to share their ballot selfies on social media, setting aside a 1891 ruling that bans voters from revealing the contents of one's ballot.

Federal judges in several others states like California and New York have refused to rule against state laws barring voters from taking photographs of marked ballots, on the grounds that it is too close to the presidential elections on November 8.

US district judge Christine Arguello in Denver issued a preliminary injunction against the statute that makes it a misdemeanor offense to share the contents of their ballot with others, international news agency Reuters reported.

The ruling was in response to two separate lawsuits by voters challenging enforcement of the law on grounds that it violates their free-speech rights.

"By issuing an injunction in this case, Coloradans get what they are entitled to - clarity on an issue that implicates fundamental constitutional rights," Arguella wrote in her 26-page ruling.

Denver district attorney Mitch Morrissey reminded voters of the law last week, which he said would "include posting your completed ballot to social media".

However, prosecutors from several jurisdictions, including Denver, filed declaration with the court this week saying they would not enforce the misdemeanor law unless evidence showed that voter intimidation or coercion was involved.

"Based on our review of applicable law and societal changes, including the ubiquity of social media ... the district attorney's office would not charge anyone with an offense ... for taking a photograph or video of a completed Colorado mail-in ballot," Denver prosecutor Joseph Morales had written, Reuters reported.

Apart from Colorado, 17 other states have laws restricting taking photographs in voting booths.

But lawyers for the Colorado voters argued that the state's mail-in voting system, which allows ballots to be filled out anywhere and then either mailed or dropped off, sets Colorado apart from California and New York, Reuters reported.