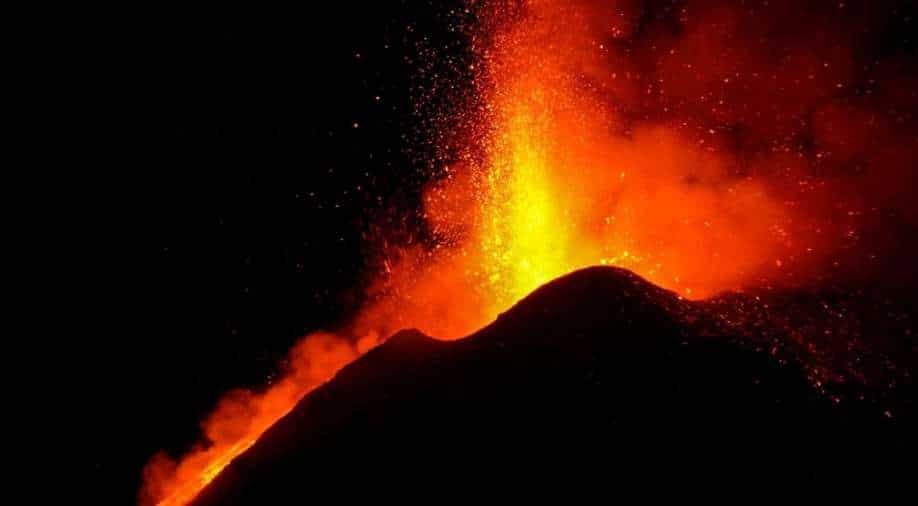 Since ash is considered special refuse in Italy, its disposal is subject to a charge of approximately €20 (£17) per cubic metre

Mount Etna, which has been erupting regularly since February, has left thousands of towns in Sicily facing bankruptcy.

The disposal of ash is subject to a premium of approximately €20 (£17) a cubic meter in Italy since it is considered special refuse.

Boris Behncke, a volcanologist at Catania's National Institute of Geophysics, says Etna spews tens of thousands of cubic metres of ash with each eruption, adding that it is a serious issue for municipalities.

On Monday, Italian authorities had to allocate €5m to compensate a number of villages struggling to pay for cinder removal, which costs up to €1m for every eruption.

Council official Alfio Previtera, representing the town of Giarre, one of the most affected by Etna's ash, described the situation as "very serious." He says that everything is covered in ash - streets, squares, rooftops, balconies, and cars.

In the town of Giarre, more than 25,000 tons of ash have fallen since March, forcing a lot of people to use umbrellas to protect themselves.

To cope with this emergency, many towns have built up massive debts, said Previtera. adding that they are at the brink of a financial collapse.

Last week, the Senate enacted legislation de-classifying ash as special waste, so as to prevent the villages from going bankrupt.

The law allows ash to be used in agriculture, and for other purposes like to make the soil more fertile, or in construction to act as a cement or filler.

Silvio Grasso, engineer and head of Giarre's civil protection, says the law will result in significant reductions in disposal costs.

However, the problem persists as Etna which has been erupting since February is not yet finished erupting.

In Catania, researchers studying the ash have found that it appears to reflect the "primitive magma" that comes from the mountain's deep core and has a higher concentration of gas, explaining the eruption's unusual heights of 2,000 metres.

There are thousands of residents and farmers living and working on the volcano, who are enduring a near-constant rain of cinders. A meeting has been proposed to discuss the inconvenience the citizens are experiencing.

After the Italian government earlier this month lifted the requirement to wear protective masks against COVID-19, local authorities have once again recommended wearing them outdoors for protection against ash.