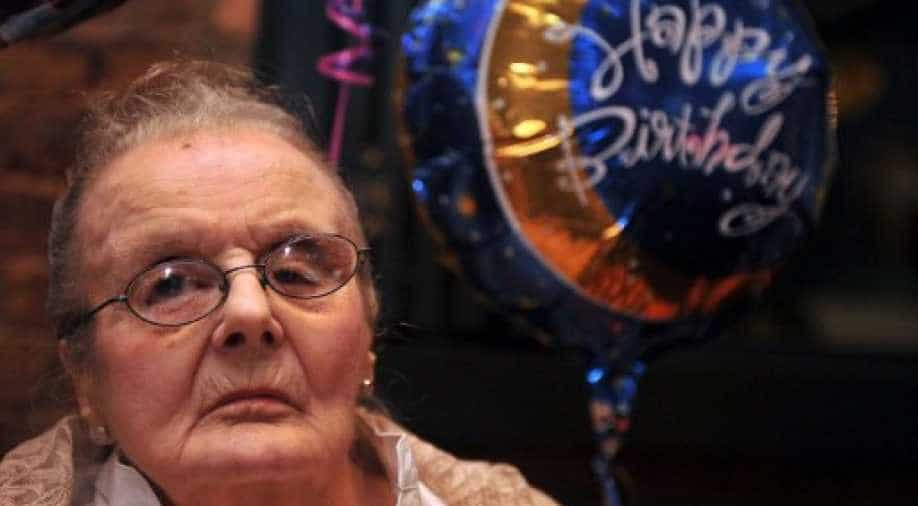 Hollingworth later reported from many of the 20th century's troublespots, witnessing the horrors of war in Vietnam, Algeria, the Middle East, India and Pakistan, as well as the Cultural Revolution in China.

But she is best remembered for her scoop on World War II in 1939, when she was just a rookie reporter.

Aged 27 she broke the story of Germany's invasion of Poland during her first week working as a journalist there for The Daily Telegraph, covering the worsening security situation in Europe.

Using a borrowed car from a British diplomat to drive across the Poland-Germany border, she spotted hundreds of German tanks, armoured cars and field guns, all facing Poland and ready for action, when a hessian screen blocking the view blew to one side.

Three days later, on September 1, Hollingworth called the British Embassy in Warsaw to tell officials that the war had started, after she was awoken by the roar of Nazi aircraft and tanks in Katowice, a Polish city near the German border.

When they did not believe her, she said she held the telephone out of her bedroom window to capture the sounds of German forces.

"If there is a war, and if the world wants, I would like to cover it," the journalist, still proud of her scoop, told AFP in a 2009 interview.

"I enjoy action, I enjoy being in a plane that's bombing something, or being on the ground in the desert when they're advancing," Hollingworth once said.

In 1946 Hollingworth and her late husband Geoffrey Hoare narrowly escaped death when terrorists blew up the King David hotel in Jerusalem, where they were staying, killing 91 people.

Born in 1911, the idea for her future career was implanted early in life during World War I. She dated her interest from a trip in a trap, drawn by her pony Polly, to inspect the effects of German bombing close to her home in Loughborough, central England.

As a young woman Hollingworth travelled Europe as an activist, playing a little-reported humanitarian role before she became a journalist.

Her great nephew Patrick Garrett recently published a memoir about her, which sought to shed light on her less well-publicised achievements.

"Of Fortunes and War" highlights Hollingworth's work with refugees ahead of the Second World War.

Garrett's book recounts how she worked for the British Red Cross to help thousands of refugees who had fled to Poland from Czechoslovakia after the Sudetenland was annexed by the Nazis in 1938.

Of her fateful Telegraph assignment to Poland, Garrett wrote: "This was certainly not the kind of assignment that normally went to female correspondents... Clare Hollingworth was however an extreme exception. Watching wars would become her life."

She was held up as a formidable role model by foreign correspondents who followed in her footsteps.

In October Hollingworth celebrated her 105th birthday at the Hong Kong Foreign Correspondents' Club (FCC), where she was a regular for more than three decades after moving to the city in 1981. She had worked from Beijing in the 1970s.

Although her health had deteriorated and she was looked after at home by helpers, she still marked her birthday each year at the club.

Hollingworth was married twice and did not have any children.

Her family have yet to release further details about her death.