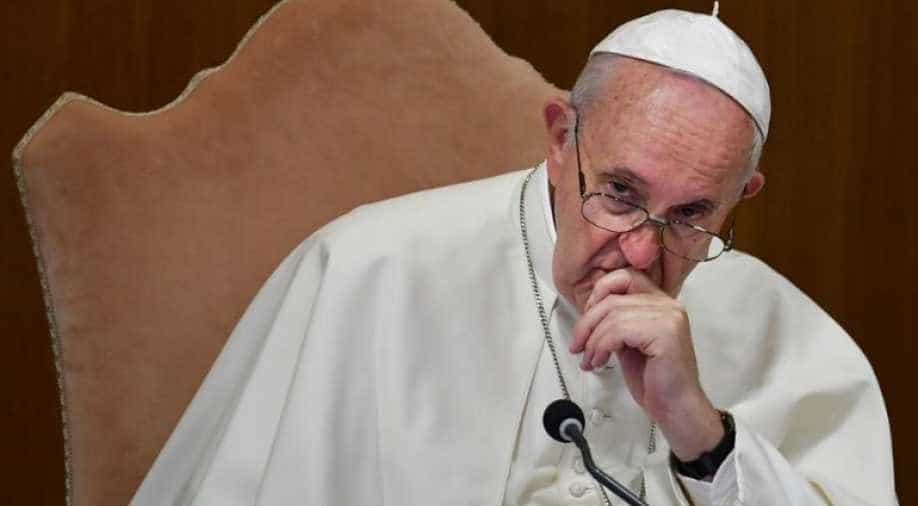 Extending support to the environment, poverty and LGBT campaigns. He has been a proponent of inter-religious dialogue too.

More than 70 faith leaders have publicly condemned China for their treatment towards Uighur Muslims.

"Uighurs are facing a human tragedy not seen since the holocaust," the statement has been signed by Imams, Rabbis and at least five serving Bishops.

Conspicuous by his absence is Pope Francis. The activist pope, who has a track record of being vocal about human rights.

The joint statement by faith leaders means that the clear aim of the Chinese authorities is to eradicate the Uighur identity, similar to the genocide of Jews during World War-II.

The religious leaders' statement referred to drone footage showing hundreds of blindfolded and shackled men. They appear to be Uighur Muslims or members of other minority ethnic groups. It's a transfer of inmates taking place on a railway platform.

People being forcibly pushed on to trains, beards of religious men being trimmed, women being sterilised and, the concentration camps.

The spectre has urged a Jewish organisation in the UK to write a letter to China's ambassador in London.

The warning is clear, Germany has rightly paid a heavy price for its persecution of the Jewish people. The world will neither forgive nor forget a genocide against the Uighur people.

But Pope Francis remains silent who has been the most outspoken pope ever. Extending support to the environment, poverty and LGBT campaigns. He has been a proponent of inter-religious dialogue too.

In 2014, after he was elected pope, the Muslim community called him a friend. He is the only pope to visit the largely Islamic West Asia.

In 2017 while delivering a speech in Myanmar he demanded respect for the Rohingyas.

China and the Vatican are expected to talk in September regarding the appointment of bishops to the churches in China.

The two sides are expected to renew an agreement that was signed in 2018. As per that agreement, China recommends the bishops, the pope approves them.

China set two-conditions. First, do not interfere with religious matters in China. Second, break ties with the Taiwanese government.

The Pope is bowing to China. He has neither spoken about the Uighurs nor supported protests in Taiwan and Hong Kong.