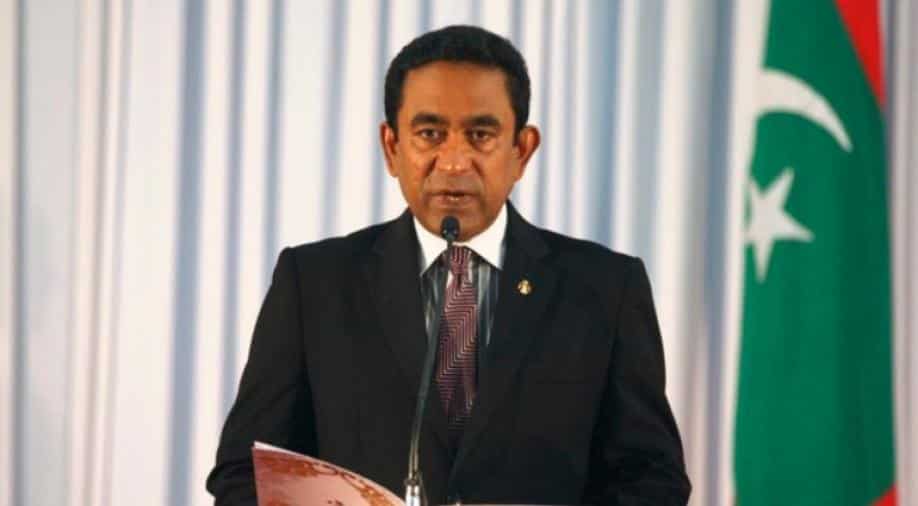 The $127 million loan was given in sovereign guarantee and now china is asking the Maldives to cough up an unpaid instalment. The timing couldn't be worse.

China's Exim bank has asked the Maldives to repay $10 million loan. It is a part of the loan given to former president Yameen's ally- Sun Ahmed Shyam.

The $127 million loan was given in sovereign guarantee and now china is asking the Maldives to cough up an unpaid instalment. The timing couldn't be worse. The Wuhan virus has hit the economy. The tourism sector has come to standstill.

So why is China asking for money now?

It is called blackmail. China is punishing the Maldives for its proximity to India.

The former president of this island country Abdullah Yameen was China's puppet. He ramped up infrastructure projects with Chinese funds.

And in the process, Yameen had cast aside democracy and the rule of law. Take a look at the inflow of money.

China invested 830 million dollars into the island country's airport. China built a 2-km bridge to link the airport island to the male.

It also built a 25-storey apartment complex and hospital in the Maldives. Beijing sent 306,000 tourists to the Maldives in the year 2018

Here's a question. Why the Maldives?

Because it holds strategic importance for Beijing. The Maldives has key shipping lanes.

It is located along china's shipping route to the middle east.

During a visit to the Maldives in 2014, Chinese president Xi Jinping had announced that the Maldives could become a part of the maritime silk road.

In other words, the belt and road initiative.

The Maldives racked up an estimated 1.3 billion dollars of debt to China.

This is more than a quarter of the Maldives' GDP.

The estimates are conflicting.

In 2018, former president Mohamed Nasheed said that China has handed over an invoice of 3.2 billion dollars.

"It was an invoice. It just had a figure, $3.2 billion. It was shocking," said Nasheed. "It wasn’t just a conversation, it was a written note handed over, it was clear, you owe us this much."

In short, China's plan was on track, until the Solih govt took over in September 2018.

What happens if it does not repay $10 million to china's Exim bank?

It could impact the credibility of the Maldives.

What happens if Male pays?

It could impact its foreign trade and forex reserves.

India has handed over a cheque of 5.6 million dollars. This is for the implementation of the high-impact grant project. In July, the State Bank of India announced liquidity support of 16.20 million dollars for businesses and deferred loan repayments.

But India may not be able to extend this support to all countries being crushed under Chinese debts.

They can either learn from the Maldives or brace for disaster.