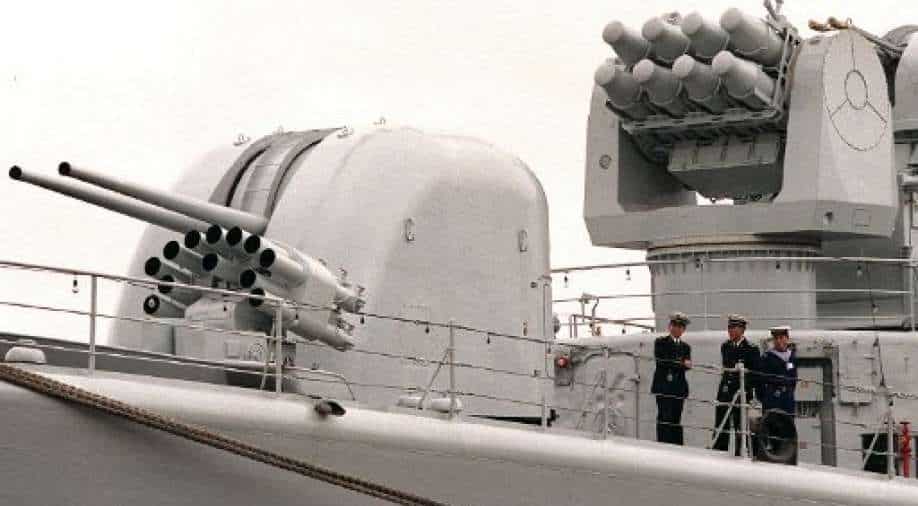 Japan's defence ministry had said China had sent the Liaoning aircraft carrier along with Nanchang destroyer including a supply ship.

According to reports, China sent an aircraft carrier battle group through the Pacific Ocean amid tensions with Taiwan.

Japan's defence ministry had said China had sent the Liaoning aircraft carrier along with Nanchang destroyer including a supply ship.

Also Read in Pics: How China created the 'perfect storm' in Taiwan

The Chinese newspaper citing Japan's defence ministry said China's destroyer Xiamen also took a similar route in the Pacific Ocean. The newspaper quoting analysts said it was a "routine exercise" that could lead to military drills near Taiwan and the disputed South China Sea.

A PLA spokesperson had said earlier that the Liaoning carrier group had conducted military exercises near an island in Taiwan to "enhance capability" and "to safeguard national sovereignty, safety and development interests."

The PLA spokesperson had said that similar exercises will be conducted on a "regular basis".

The US Seventh Fleet had said it demonstrated the "US commitment to a free and open Indo-Pacific". The US views Taiwan Straits as part of international waters even as China's foreign ministry lashed out at the move calling it an "attempt to disrupt and undermine regional peace and stability".

China had sent a record number of warplanes to Taiwan's air defence zone in the past two months amid tensions with President Tsai's regime. According to reports, the US warships have sailed through the Taiwan Straits on eleven occasions this year.