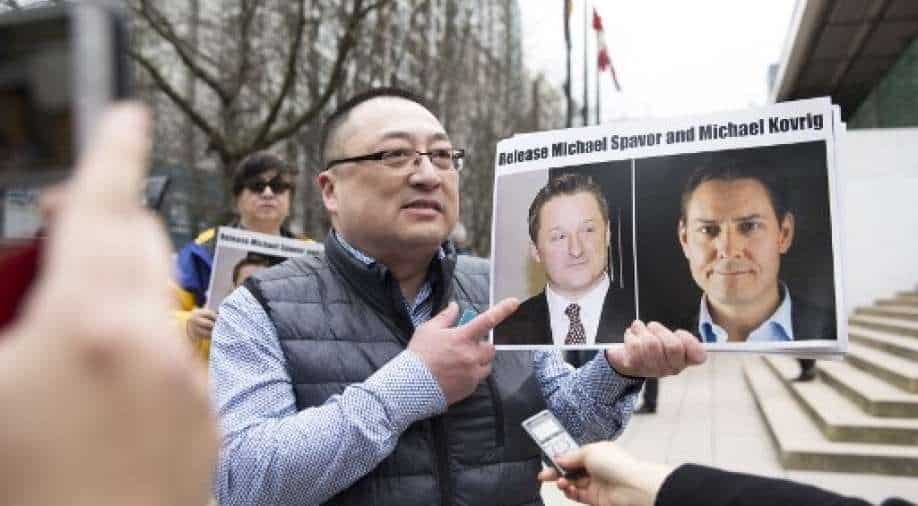 China's state-run Global Times quoting a source said the "Canadians will be tried according to the law". The two Canadian citizens remain imprisoned in China.

According to China's state-run Global Times, Canadian nationals Michael Kovrig and Michael Spavor "will soon be tried" for "undermining" the country's "national security in June 2020".

Former diplomat Michael Kovrig and businessman Michael Spavor were arrested in China last year as Canadian authorities arrested Huawei executive Meng Wanzhou, 49, accusing her of having lied to the HSBC investment bank about the company's relationship with subsidiary Skycom putting the bank at risk of violating US sanctions against Iran.

Global Times quoting a source said the "Canadians will be tried according to the law". The two Canadian citizens remain imprisoned in China.

Canada has maintained that Kovrig and Spavor were "arbitrarily" jailed in retaliation for Meng's arrest even as China has said charges against Meng were "completely political".

US President Joe Biden had earlier demanded the two Canadians' release asserting that "human beings are not bartering chips."

Meanwhile, Meng's trial continues as she remains under house arrest in Vancouver. Meng who is the daughter of Huawei founder Ren Zhengfei, has denied the charges against her, if convicted she could face over 30 years in a US prison.

On Thursday, a Canadian prosecutor said, "Everyone in this courtroom knows that the elephant in the room, in this case, has always been the geopolitical winds that swirl around it."

"Yesterday, my friends tried to bring the elephant into this room -- we urge you to focus on the facts and the law and leave the politics to the politicians," referring to US-Canada relations.

Meng's extradition case in Canada is expected to end in mid-May.