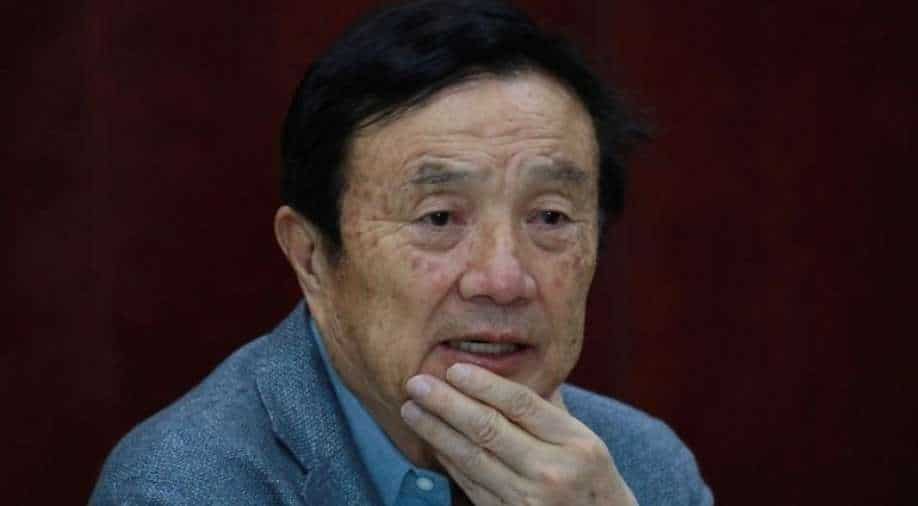 After saying the firm's 'production capacity can be expanded', he implored the Biden White House to change tack on the company

The CEO and founder of Chinese telecom giant Huawei called on Tuesday for an open approach from new US President Joe Biden, after the firm was battered by sanctions imposed by Donald Trump's administration.

Ren Zhengfei said his 'confidence in Huawei's ability to survive has grown' despite its travails across much of the western world where it is maligned as a potential security threat.

After saying the firm's 'production capacity can be expanded', he implored the Biden White House to change tack on the company.

"We hope the new US administration would have an open policy for the benefit of American firms and the economic development of the United States," Ren told reporters.

"We still hope that we can buy large volumes of American materials, components and equipment so that we can all benefit from China's growth."

He was speaking during a visit to the city of Taiyuan in China’s northern coal belt for the opening of a new laboratory that develops technologies to automate parts of coal-mining and boost safety in a notoriously dangerous industry.

Founded by Ren in 1987, Huawei largely flew under the global radar for decades as it grew to become the world's largest maker of telecoms equipment and a top mobile phone producer.

That changed under Trump, who targeted the firm as part of an intensifying China-US trade and technology standoff.

Trump from 2018 imposed escalating sanctions to cut off Huawei's access to vital components, bar it from the US market, and successfully pressured allies to shun the firm's gear in their telecoms systems.

His administration had raised fears that China's government could potentially use 'back doors' in Huawei gear for espionage, which the company strenuously denies.

And the US campaign is hurting Huawei. Once a top-three smartphone supplier along with Samsung and Apple, its shipments plummeted more than 40 per cent in the fourth quarter of 2020, according to industry tracker IDC, as the supply-chain disruptions prevented it manufacturing enough phones to meet demand.