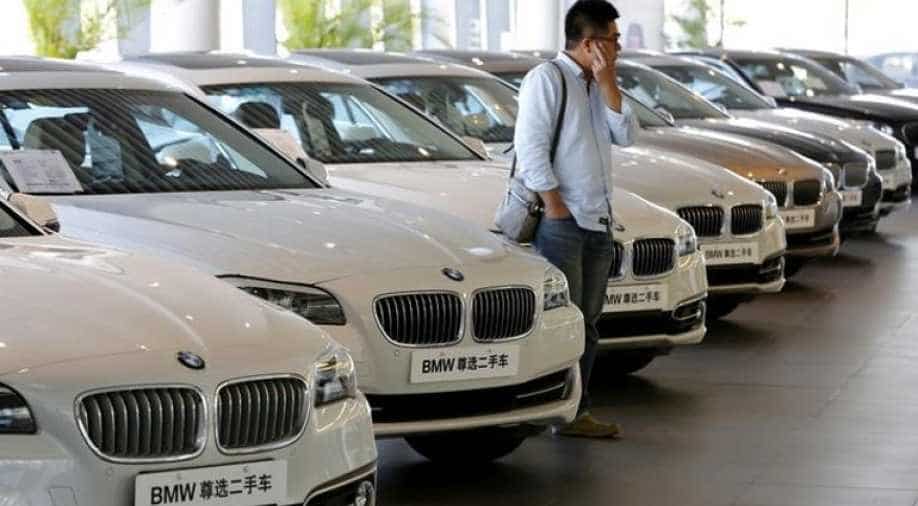 China will steeply cut import tariffs for automobiles and car parts, opening up greater access to the world's largest auto market amid an easing of trade tensions with the United States.

Import tariffs will be cut to 15 percent from 25 percent for most vehicles from July 1, the Ministry of Finance said on Tuesday, adding that this was part of efforts to open up China's markets and spur development of the local auto sector. A small number of imported trucks are taxed at 20 percent currently.

Import tariffs for auto parts would be cut to 6 percent from mostly around 10 percent, the ministry said in a statement.

Another executive at the firm's Chinese joint venture said it was "great news" but that the biggest beneficiaries would likely be German luxury carmakers, which also include Volkswagen AG's Porsche and Audi brands.

"That's just because of the volume of imported cars they sell," the person said, asking not to be named.

Nissan did no respond to a request for comment.

Toyota Motor Corp said it would adjust retail prices for imported cars that benefited from the lowertariffs to provide Chinese consumers with "competitive" products.

BMW said it would look at its prices and said the move was a "strong signal that China will continue to open up", while Audi said it welcomed the "further liberalisation and opening" of the Chinese market.

A Shanghai-based spokesman for Ford Motor said the U.S. carmaker welcomed the new tariff policies, but declined to comment further.

China's high tariff on vehicles - versus a 2.5 percent U.S. levy - has been a key focus of US President Donald Trump's administration amid a simmering trade standoff between Washington and Beijing.

Trump has said the 25 percent tariff amounted to "stupid trade", while auto industry leaders such as Tesla's Elon Musk have said that Chinese restrictions on foreign auto makers created a skewed playing field.

China and the United States, however, made a breakthrough in trade talks after negotiations in Washington last week, stepping back from the brink of a global trade war and agreeing to hold further talks to boost US exports to China.