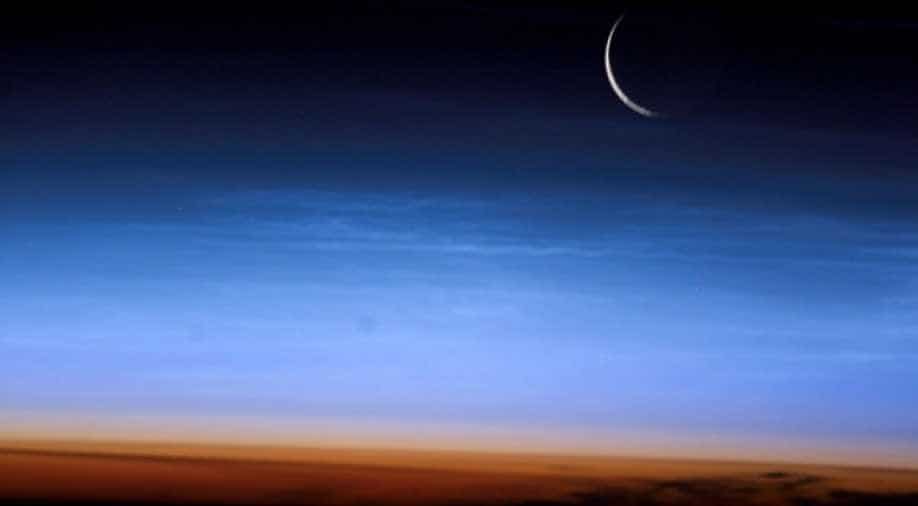 Earth at the bottom transitioning into the orange-coloured troposphere, the lowest and most dense portion of the Earth's atmosphere. Photograph:( AFP )

The ionosphere is the last, thinnest part of the atmosphere, where solar ultraviolet radiation breaks up molecules and leaves a haze of electrons and ions.

China and Russia have recently joined hands for a controversial experiment to modify the atmosphere.

According to a report in the South China Morning Post, the two countries are testing a technology for possible military application to control the ionosphere.

The report also says that the experiment aims to make changes in the ionosphere, which lies 75-1000km above the earth. Experts believe changes in this layer of atmosphere can potentially disrupt or cut-off communication with satellites, or even modify weather and create natural disasters.

The ionosphere is the last, thinnest part of the atmosphere, where solar ultraviolet radiation breaks up molecules and leaves a haze of electrons and ions.

The report says a total of five experiments were carried out in June. The modified atmospheric zone is more than 500km high over Vasilsursk, a small Russian town in Eastern Europe where Sura, an atmospheric heating facility built by the former Soviet Union's military, is located. The experiment was backed by a Chinese electromagnetic surveillance satellite. The results were reported to be "satisfactory" by the Chinese scientists.

Military forces across the world have for long been in a race to control the ionosphere. The US, after learning of Russia's Sura base, developed the HAARP facility nearly four times that of Sura. And now, China is said to be developing an even larger and more advanced facility in Sanya, Hainan.

According to some critics, the day is not far when these powerful facilities could even affect the operation of human brains. As nations compete for greater control, questions over the ethical use of technology remains unanswered.