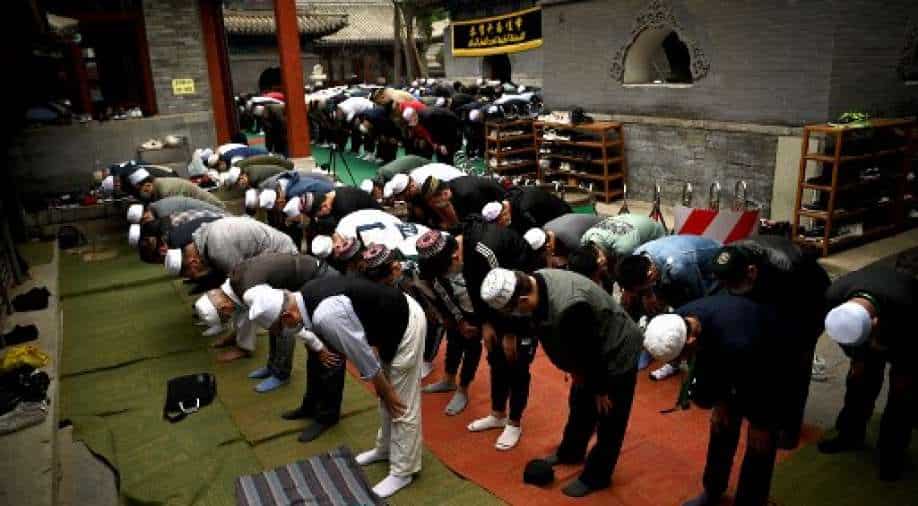 The Weizhou grand mosque in Ningxia has been completely "sinicised".

China has been removing Arab-style features from mosques while remodelling them to appear more "Chinese".

The "sinicisation" campaign has been playing out in Xining also known as Sining.

The area is the capital of Qinghai province in China which is home to Hui Muslims. They comprise at least 16 per cent of Xining's population.

The Hui Muslims are among the 55 ethnic groups recognised by China and they form the biggest Muslim population in the country.

They are nearly 10.5 million strong and are China's third-largest ethnic group. The members of the community are not persecuted the way Uyghurs are by Chinese authorities since their version of Islam is reportedly compatible with Chinese concepts and practices.

Watch | Gravitas: The 'Sinicisation' of Mosques in China

It is portrayed as inherently "Chinese" and not as a foreign influence. The community speaks Chinese and even tries to look and act like the Chinese people.

However, Beijing has been pushing for more. It wants to eliminate whatever remains of their Islamic identity. The intolerance now extends to Islamic architecture.

A 700-year-old Dongguan mosque in Xining famous for its green and white dome accompanied by two tall minarets have now disappeared.

The 14th century mosque has undergone a complete renovation. It now resembles a Communist party office. China had revamped the mosque throughout the year as it forcefully demolished the dome and tore down the minarets in the name of integration and national unity.

The Hui Muslims have no choice but to agree as any form of protest could mean imprisonment or a term at one of the "re-education camps".

Another mosque in the same city has also been remodelled. The domes, minarets and Arabic calligraphy have been replaced by Chinese text and architecture similar to what had happened to the Jiaman mosque in the city of Kira. It was once a prominent centre of prayer for Muslims. However, now it is hidden behind high walls of the Communist party propaganda with no indication that it was ever a religious site.

Xinjiang has been the biggest victim of the "sinicisation" campaign. It is the most militarised region in the country. The pandemic provided China with an opportunity to further strengthen its control over the province.

The region is now cut off from the rest of the world. Last Thursday a group of 43 UN member nations had issued a statement calling upon China to allow "immediate, meaningful and unfettered" access to Xinjiang.

The member states asked Chinese authorities to let independent observers visit the place including the United Nations high commissioner for human rights. The statement was signed by the UK, US, France and Germany.

"We thus call on China to allow immediate, meaningful and unfettered access to Xinjiang for independent observers, including the UN high commissioner for human rights," it said.

However, China hasn't responded. It has denied allegations of human rights abuses and said it has been politicised by western nations.

"The US and a few other countries are desperately trying to cover up their own terrible human rights record but the world sees it clearly," Zhang Jun, Chinese ambassador to the United Nations, said.