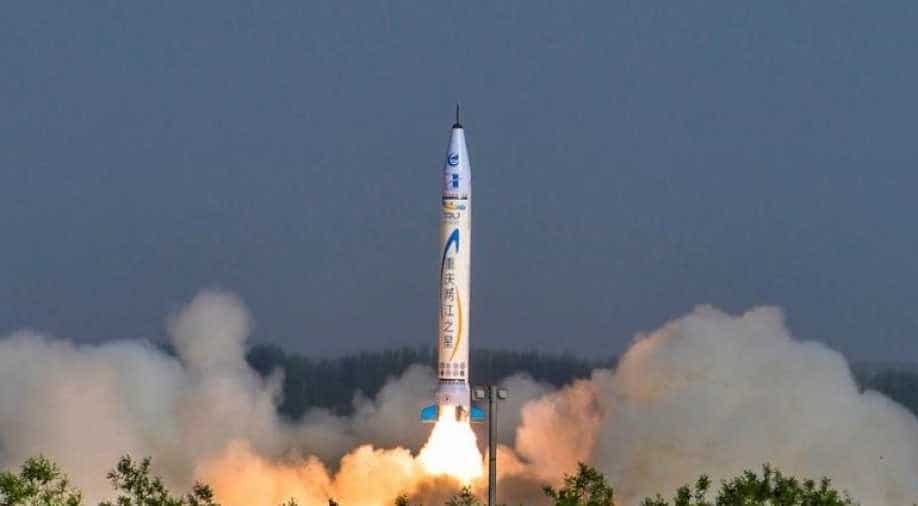 China plans to conduct its first seaborne rocket launch with a Long March-11 carrier rocket from the Yellow Sea in the middle of this year, said Jin Xin, the deputy chief commander of the rocket.

China has achieved a breakthrough in the key technologies for seaborne launches, Jin, of the China Academy of Launch Vehicle Technology, told a press conference.

The Long March-11, with a length of 20.8 meters and a take-off weight of about 57.6 tonnes, is the only rocket using solid propellants among China's new generation carrier rockets.

It has a relatively simple structure and can be launched in a short time, state-run Xinhua news agency reported Wednesday.

After leaving port, the rocket could be launched within a week, Jin said.

It is mainly used to carry small satellites and can take multiple satellites into orbit at the same time.

A seaborne launch has many advantages over a land launch, Jin said. For instance, the launch site is flexible, and falling rocket poses less danger.

Using civilian ships to launch rockets at sea would lower launch costs and give it a commercial edge, said Jin.

It will also help lay the groundwork for developing reusable rockets and recovery technologies at sea.

The seaborne launch technology will help China provide launch services for countries participating in the Belt and Road Initiative, he added.

Another three Long March-11 launches on land are also planned this year.

The Long March-11, which made its maiden flight on September 25, 2015, has so far sent 25 satellites into orbit in six launches with high reliability and good performance rates.

China recently successfully launched a lander and rover on the dark side of the moon, becoming the first country to attempt the complex manoeuvre.

Also China plans to 30 plus space launches this year.