China must follow international rules during naval encounters at sea: US 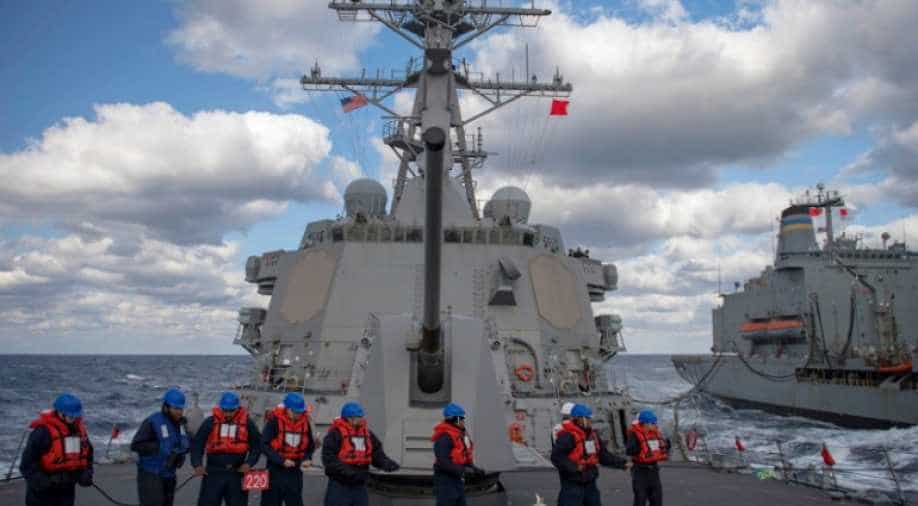 The chief of US naval operations, Admiral John Richardson said today that he had urged Chinese authorities to follow international rules during naval encounters at sea to ensure safety as tensions over China-US relations in the South China Sea continued.

Richardson added that sending US aircraft carrier to Taiwan Strait remained an option for the US navy.

"We don't really see any kind of limitation on whatever type of ship could pass through those waters," Admiral John Richardson told reporters in the Japanese capital, when asked if more advanced Chinese weapons posed too big a risk.

"We see the Taiwan Strait as another (stretch of) international waters, so that's why we do the transits."

China had earlier lodged a complaint with the United States after a US navy ship USS McCampbell, a guided-missile destroyer, had sailed close to a disputed island in the South China Sea.

US officials had earlier urged China to stop "militarisation" of the South China Sea, a charge denied by Chinese authorities. US and Chinese officials had met earlier to sort out differences in approach to the freedom of navigation in Asia-Pacific waters and the Taiwan issue.

Amid tensions in the South China Sea, Taiwan on Wednesday had concluded live fire drills aimed at enhancing combat readiness ahead of the Lunar New Year to repel "enemy invasion".

Taiwan's air force, infantry and navy took part during the drill, fending off a make-believe attack by hostile forces.

On Tuesday, a US government official had said the United States is closely watching Chinese intentions toward Taiwan, concerned that Beijing's growing military prowess may increase the risk it could one day consider bringing the self-ruled island under its control by force.