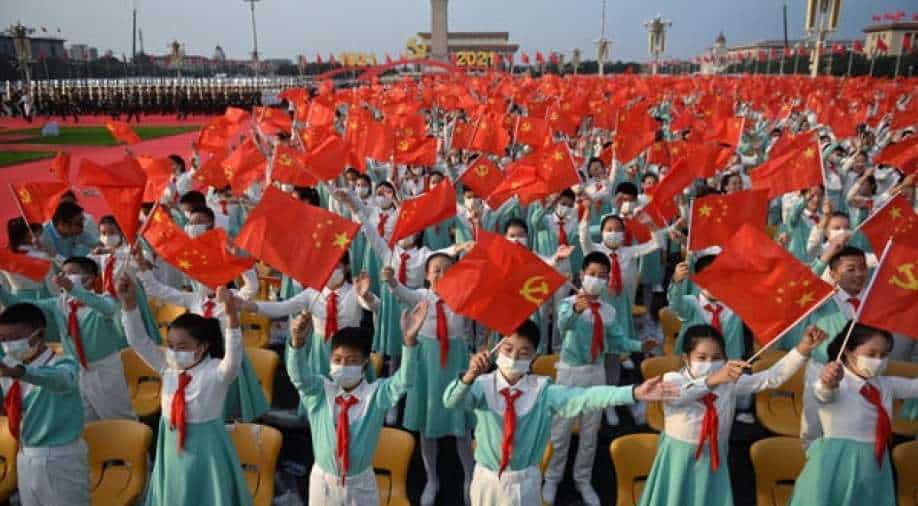 On July 1, the CCP marked its centenary with major celebrations, Photograph:( AFP )

A recent research paper by Tsinghua University found clear signs of a cloud-seeding operation on the eve of the centenary to improve air quality.

China tried to control rain and pollution in Beijing with the help of cloud-seeding technology ahead of the Chinese Communist Party’s (CCP) centenary celebrations, a study by a Beijing university has revealed.

On July 1, the CCP marked its centenary with major celebrations, where tens of thousands of people attended the “tightly choreographed” ceremony in Tiananmen Square.

On Monday, the South China Morning Post reported that a recent research paper by the Tsinghua University found clear signs of a cloud-seeding operation on the eve of the centenary to improve air quality.

According to the study, the centenary celebration faced “unprecedented” challenges, including an unexpected increase in air pollutants and an overcast sky during one of the wettest summers on record.

Factories and other polluting activities had been halted in the days ahead of the event but low airflow meant the pollution hadn’t dissipated, it said.

The researchers, led by Wang Can, an environmental science professor, said the artificial rain reduced the level of PM2.5 air pollutants by more than two-thirds, and shifted the air quality index reading, based on World Health Organization standards, from “moderate” to “good”.

The team concluded that it was unlikely that this drop in pollution had a natural cause since “artificial rain was the only disruptive event in this period”.

Their research was published in Environmental Science, a peer-reviewed Chinese journal, on November 26.

Cloud-seeding is a weather-modification technique that improves a cloud’s ability to produce rain or snow by artificially adding small particles of silver iodide into clouds, causing water droplets to cluster around them and increasing the chance of precipitation.

China has long sought to control the weather to protect farming areas and to ensure clear skies for key events, including the 2008 Beijing Olympics, to reduce smog and avoid rain ahead of the competition.

Key political meetings held in the Chinese capital are notorious for enjoying beautiful clear skies, thanks both to weather modification and the shutting down of nearby factories.