China, India have helped in greening of Earth: NASA report 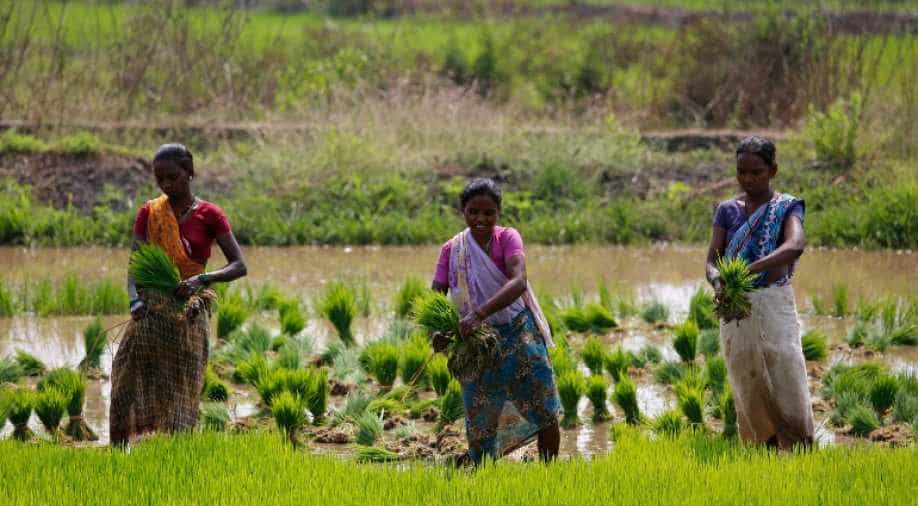 Labourers collect rice saplings as others plant them in another field in Karjat, Maharastra. Photograph:( Reuters )

NASA in a report has said that its high-resolution satellites have shown that the world "is literally a greener place than it was 20 years ago" due to two emerging countries with the world’s biggest populations - China and India- leading in "greening on land".

The space agency made the discovery with the help of two powerful satellites known as Moderate Resolution Imaging Spectroradiometer, or MODIS which revealed an increase in "leaf area on plants and trees equivalent to the area covered by all the Amazon rainforests."

"There are now more than two million square miles of extra green leaf area per year, compared to the early 2000s – a  5 per cent increase," the report asserted.

The author of the study, Chi Chen of the Department of Earth and Environment at Boston University, in Massachusetts, said: "China and India account for one-third of the greening, but contain only 9 per cent of the planet’s land area covered in vegetation – a surprising finding, considering the general notion of land degradation in populous countries from overexploitation."

The report pointed out that although the land area used to grow crops hadn't changed since 2000's in China and India which was "more than 770,000 square miles" but the regions had increased both its "annual total green leaf area" and food production.

"If the groundwater is depleted, this trend may change," the report cautioned.

The space body said China’s "outsized contribution" to the global greening trend at 42 per cent comes in large part from programs to "conserve and expand forests".

"82 per cent of greening seen in India comes from intensive cultivation of food crops," the report claimed.

The report credited increased greening in India and China to "multiple cropping practices" when a field is "replanted" to produce harvest several times in a year.

"Production of grains, vegetables, fruits and more have increased by about 35-40 per cent since 2000 to feed their large populations," NASA noted.