China has many plans for India, including a debt-trap! 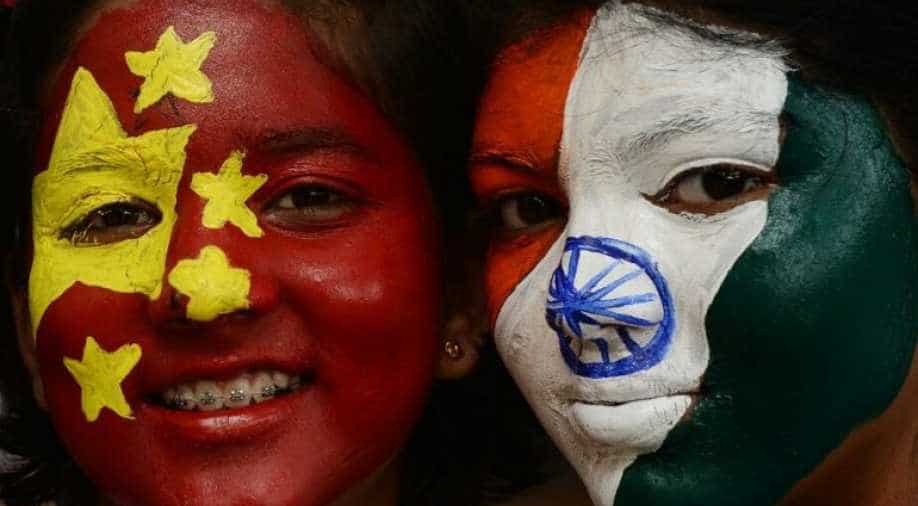 Indian school students pose with their faces painted with India's (R) and China's national flags in Chennai on October 10, 2019, ahead of a summit with his Indian counterpart Narendra Modi held at the World Heritage Site of Mahabalipuram from October 11 t Photograph:( AFP )

Relations between India-China will show signs of stress after the showdown at the Actual Line of Control (LAC) where both the sides suffered casualties.

In the aftermath, many Indians are asking for an end to the reliance on Chinese companies.

A Chinese construction company is set to get a tunnel construction project in India. The firm in question was the lowest bidder, followed by an Indian company. The difference between their bid amounted to 44 crore Rupees.

The government recently issued a clarification saying that the project is being funded by the Asian Development Bank (ADB), and that the tender is being processed and not final yet.

A debt trap for India?

China-backed Asian Infrastructure Investment Bank has approved a loan of 750 million Dollars to India to contain the COVID-19 pandemic. India had accepted a similar loan from the bank earlier.

If India accepts this loan, the country will owe over 1.2 billion Dollars to the organisation backed by China.

Many have dubbed the Asian Infrastructure Investment Bank as China’s own version of the World Bank and the IMF.

India is one of the members of the institution, where China’s voting power is thrice as much as India. Compared to other smaller nations, China vote amounts to over hundred times as theirs in the institution!

Recently, as both the countries sparred across the border, a Chinese automaker Great Wall Motors signed an MOU with the Maharashtra government. As part of this, the company will invest one billion Dollars into the state. However, the company does not intend to build its own factory, but will renovate a former General Motors plant, with a promise to generate 3,000 jobs.