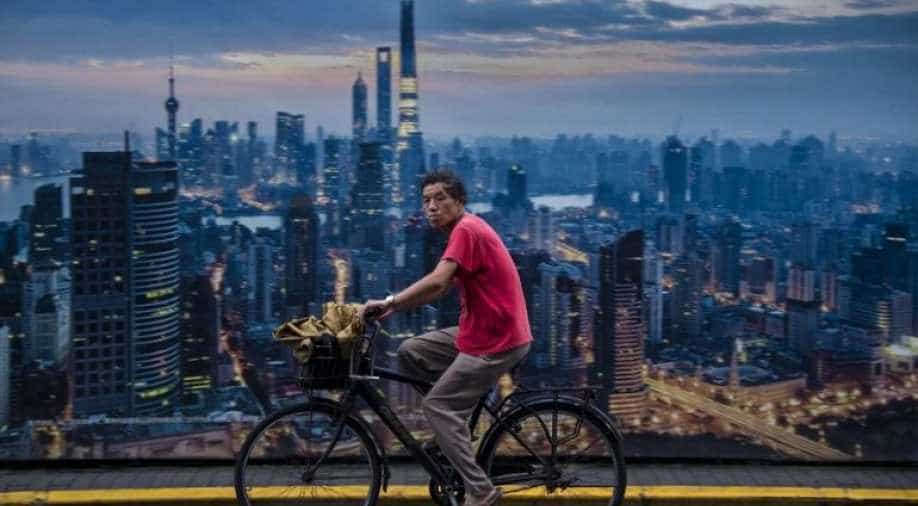 The slowing economy makes it more difficult for President Xi Jinping to fight back forcefully against the US -- which is using tariffs as leverage to try to force Beijing into opening up its economy.

China's economic growth slowed to 6.2% in the second quarter, its weakest pace in at least 27 years, as demand at home and abroad faltered in the face of mounting US trade pressure.

While more upbeat June factory output and retail sales offered signs of improvement, some analysts cautioned the gains may not be sustainable and expect Beijing will continue to roll out more support measures in coming months.

China's trading partners and financial markets are closely watching the health of the world's second-largest economy as the Sino-US trade war gets longer and costlier, fuelling worries of a global recession.

Monday's growth data marked a loss of momentum for the economy from the first quarter's 6.4%, amid expectations that Beijing needs to do more to boost consumption and investment and restore business confidence.

The April-June pace was in line with analysts' expectations for the slowest since the first quarter of 1992, the earliest quarterly data on record.

Cutting banks' reserve requirement ratios (RRR) "is still very likely as the authorities want to support the real economy in a long run," he said, predicting the economy would continue to slow before stabilising around mid-2020.

China has already slashed RRR six times since early 2018 to free up more funds for lending and analysts polled by Reuters forecast two more cuts this quarter and next.

The economy has been slow to respond, however, and business sentiment remains cautious.

Trade pressures have intensified since Washington sharply hiked tariffs on Chinese goods in May. While the two sides have since agreed to resume trade talks and hold off on further punitive action, they remain at odds over significant issues needed for an agreement.

Data on Friday showed China's exports fell in June and its imports shrank more than expected, while an official survey showed factories were shedding jobs at the fastest pace since the global crisis..

Premier Li Keqiang said this month that China will make timely use of cuts in banks' reserve ratios and other financing tools to support smaller firms, while repeating a vow not to use "flood-like" stimulus.

A steady string of weak economic data in recent months and the sudden escalation in the U.S.-China trade war had sparked questions over whether more forceful easing may be needed to get the Chinese economy back on steadier footing, including some form of interest rate cuts.

But June activity data on Monday showed industrial production, retail sales and fixed-asset investment all beat analysts' forecasts, suggesting that Beijing's earlier growth-boosting efforts may be starting to have an effect.

"Cutting the benchmark deposit and lending rates -- the likelihood is very low. It's more possible (that) they twist the market-oriented rates -- cutting the interest rates of all those liquidity facilities also sends an important signal to the market," said Aidan Yao, senior Asia emerging markets economist at AXA Investment Managers in Hong Kong.

"Fiscal policy is likely to be in the driving seat and monetary policy will act in a supportive role in the coming months."

Industrial output climbed 6.3% from a year earlier, data from the National Bureau of Statistics showed, picking up from May's 17-year low and handily beating a forecast for 5.2% growth.

Daily output for crude steel and aluminium both rose to record levels.

Some analysts, however, questioned the apparent recovery in both output and sales.

Capital Economics said its in-house model suggested slower industrial growth, while the jump in car sales may have been partly due to a one-off factor.

Car dealers in China are offering big discounts to customers to reduce high inventories that have built up due to changing emission standards. Motor vehicle production actually fell 15.2%, the 11th monthly decline in a row, suggesting automakers don't expect a sustained bounce in demand any time soon.

"The monthly data were better than expected... (But) we are sceptical of this apparent recovery given broader evidence of weakness in factory activity," said Julian Evans-Pritchard, Senior China Economist at

"Looking ahead, we doubt that the data for June will mark the start of a turnaround."

Fixed-asset investment for the first half of the year rose 5.8% from a year earlier, compared with a 5.5% forecast and 5.6% in the first five months of the year.

Real estate investment, a major growth driver for the world's second-largest economy, quickened in June. It rose 10.1% from a year earlier, accelerating from a 9.5% gain in May but still slower than in April, Reuters calculated.

Still, the economy remains in a complex situation, with external uncertainties on the rise, the statistics bureau said, adding China will work to ensure steady growth.